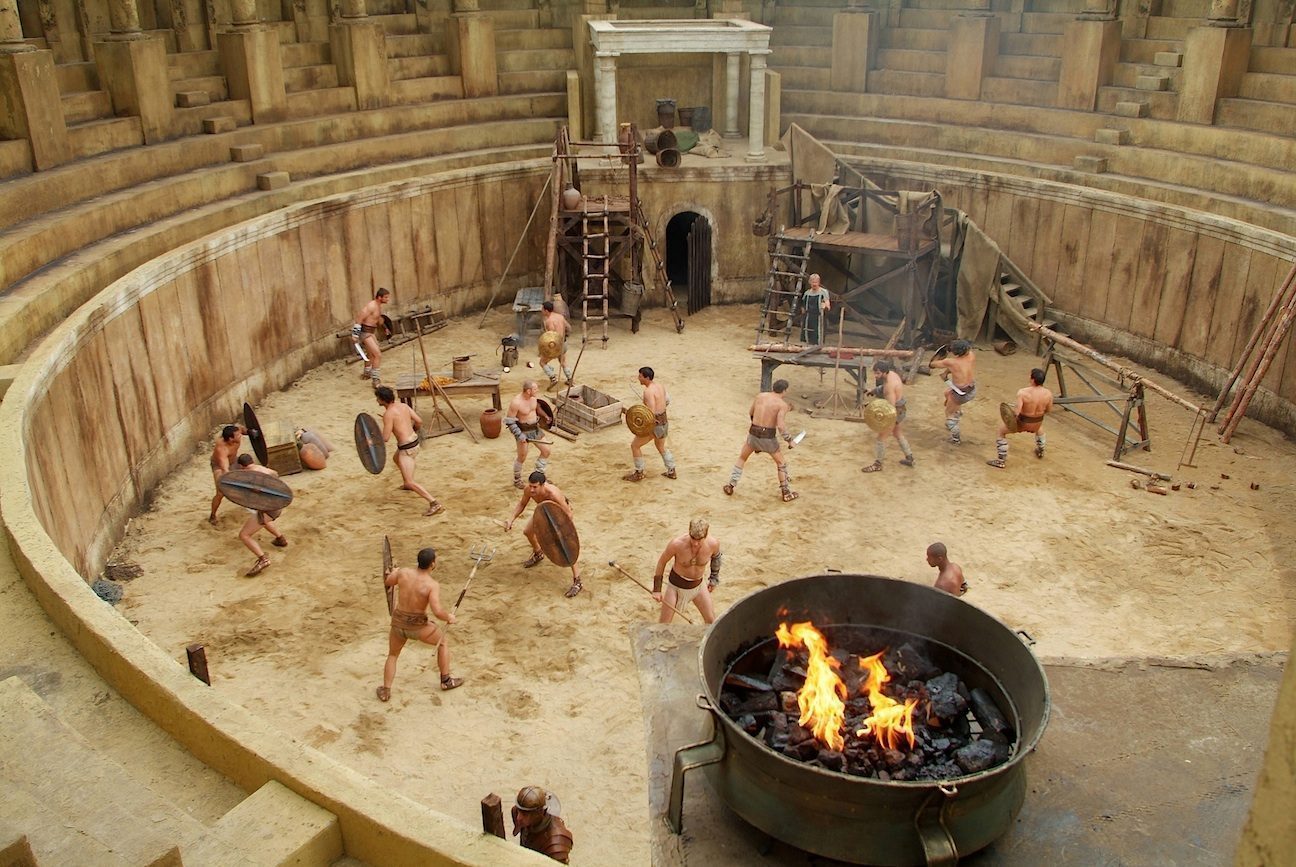 AFTER THOUSANDS OF YEARS, ASTRO DURANCE BUNGEE SYSTEMS HAS CHALLENGED THE ANCIENT PHILOSOPHERS AND USHERED IN AN ENTIRELY NEW WORLD OF FITNESS!
If the ancient gladiators had Astro Durance Bungee Systems – they would have been using it in the arena for practice and competition! Philosophers would have clamored endlessly on its’ merit, and written endless mathematical equations and formulations on its benefits and uses. 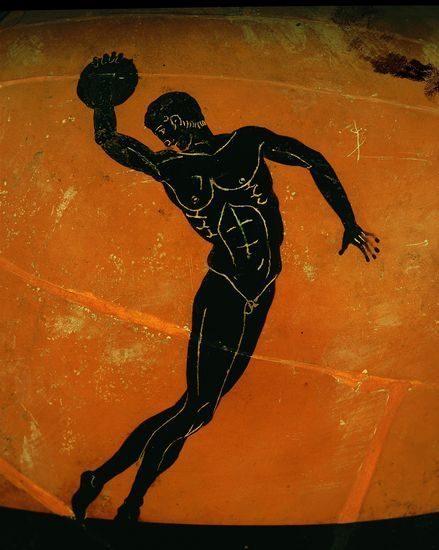 Until now, very little has changed. It’s always been about the core and cardio. Strength, stamina, endurance, flexibility and balance are all the result of strong core training and increased cardio. The ancient Greeks used resistance strength training methods by using stones, logs, animals – even each other to help increase their strength. They practiced in gymnasiums which were also a gathering place for all free citizens of Athens, and palaestras (a rectangular space lined with buildings and used for practice. Young Athenians strengthened their bodies and prepared for competition events such as the Olympics, as well as trained to be a soldier in the military.

The ancient Greeks practiced with stones of different shapes and sizes, called halteres which were the first (Dumbbells) made of stone. Boulders and round rocks were staple
exercise equipment, meanwhile the philosophers would observe and ponder over the
mathematics of the human anatomy, critiquing its form and seeking how to develop the ideal sculptured body – the one with a broad solid back, muscular arms, and shoulders, a slim waist, ripped abs, and well-developed thighs and calves. 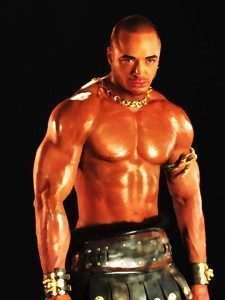 Throughout time, the ancient gym workout concept has changed little, except to modernize the ancient work out practices with created machinery and equipment that addresses exercise for specific muscle groups, and to replace the stone and rocks with molded dumbbell weights. Most recently, we came to very sophisticated training equipment that uses compressed air for training resistance such as the $45,000 “Alter G treadmill”, designed for rehabilitation.

As you see, very little has changed in the fitness arena….UNTIL NOW…. Astro Durance 4 in 1 bungee systems is the most intense resistance training ever! Motion based exercise that revs the cardio in seconds, extreme fat burn, maximized core building, strength, endurance, stamina, flexibility, and balance like no other training method can achieve all with no stress on the joints! It is truly the future of fitness if there ever was to be one – it is here, happening now! 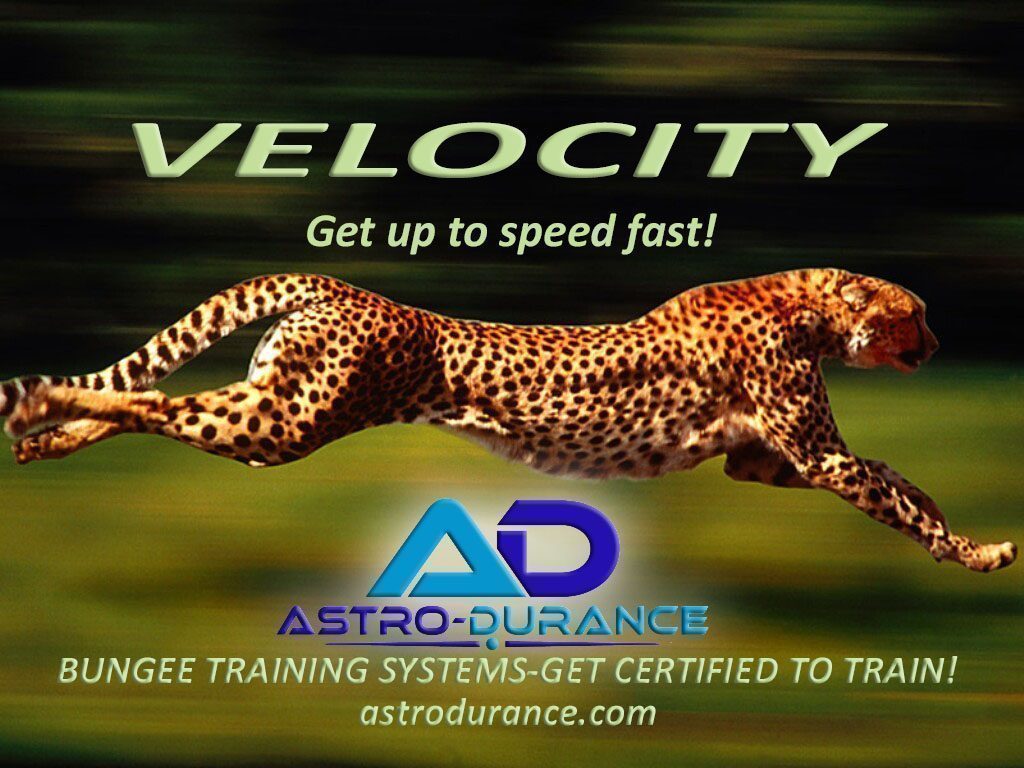 The Greeks Came Close To The Discovery, but not close enough…Halteres (stone weights) were also used as an aid for the long jump, to help develop their skills and physical explosiveness. The Greeks found they could increase the length of their jump, by rejecting the halteres in the air. 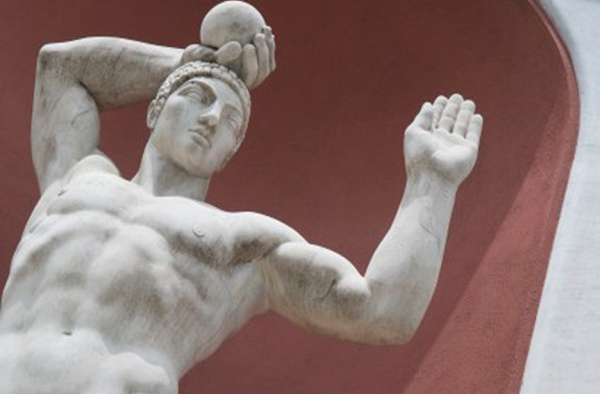 At Astro Durance, they believe, this same action is found in bungee jumping with the resistance weight formula in their 4 in 1 bungee system unit. It is the same principal of motion found in the law of physics of a pendulum’s swing – i.e. “The natural principal of an object in motion will stay in motion without change, unless there is an added force applied. With the added force the pendulum will swing faster.”
Simply put: The athlete is air-bound…with a resistant weight of the (stone) halteres. Upon release of the stone in mid-air, the athlete (who is air-bound and in motion like a pendulum) is now creating an added force as he thrusts the added weight aside, causing his body, in motion, to move forward a greater distance (momentum). It is the same principal behind the bungee cord weight versus resistance = VELOCITY. (VELOCITY IS THE SPEED TRAVELED IN A DIRECTION.) Governed by resistance and balance.

Astro Durance Bungee training is the missing link that ancient philosophers spent a lifetime of pondering, observing, and mathematically trying to equate to achieve the ultimate workout for their Olympian Athletes. Astro Durance Bungee Systems has ushered into the modern day arena – the future of fitness, by creating the weightless environment needed to apply all of the ancient mathematical principles behind mass, force, velocity, and momentum.

The future of ancient exercise has finally transformed into a concept ancient philosophers only dreamed of achieving. 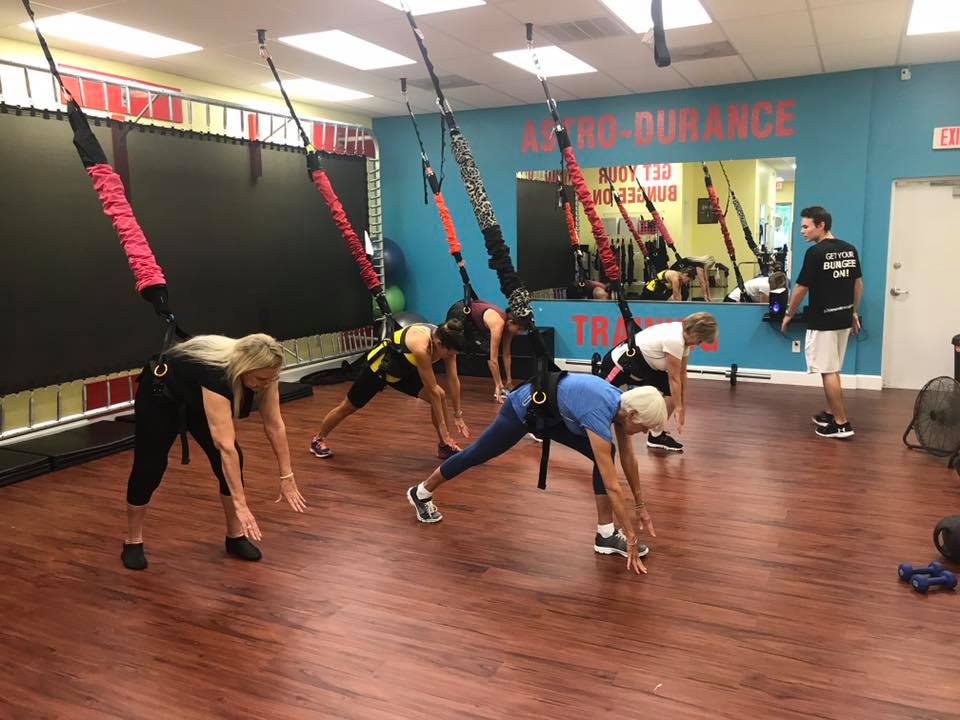 Today, Astro Durance Bungee Training has gone above, and beyond utilizing all the ancient principles, by adding the laws of physics, and the natural abilities of the human body into one extreme package that all ages, sizes, shapes, and fitness levels can do. Even those with physical limitations! Unlike the athletic arena of old, Astro Durance is for everyone!
https://www.facebook.com/login/?next=https%3A%2F%2Fwww.facebook.com%2Fp2training%2Fvideos%2F1359449037458346%2F
All people can benefit through the universal principles that define a healthy workout – you no longer need to be fit to benefit from fitness! Astro Durance will help you perform by bringing exercise that has total body benefits to your fitness level, whatever level that is.

Today, little had changed until Astro Durance Bungee Systems – leaped beyond ancient principles, by combining laws of physics, and the natural abilities of the human body into one extreme package that all ages, sizes, shapes, and fitness levels can do. Even those with physical limitations! Unlike the athletic arena of old, Astro Durance is for everyone!