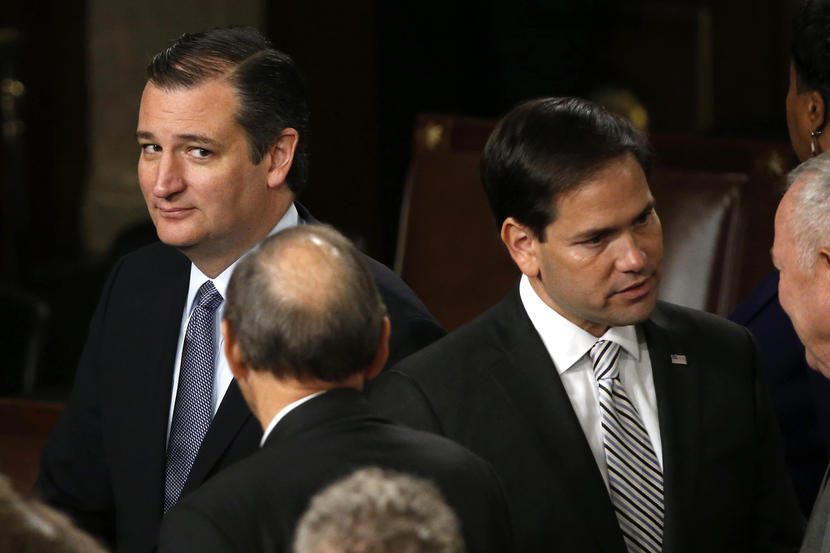 While many are now talking about the possibility of the Birther eligibility issues being brought to court for Declaratory Judgment, few are aware that four such judgments are already before the courts in five states – IL, Vt, MD, TX, and FL. The Florida complaint was brought forth by Michael Voeltz from Palm Beach County in Florida. Rubio has responded and tried to get it dismissed. So far it is still in the works.
Voeltz points out noble concerns such as:
“But the violation of plaintiff’s right to vote will have already occurred whether an ineligible candidate wins or not. Who can know what the distribution of the vote would have been of the 20 -30 % or more of the vote siphoned by ineligible candidates had they been kept off the ballot by meaningful ministerial duty ? Twenty percent of the votes extrapolated from the 2012 Republican Primary of 1,663,698 votes equals some 332, 740 votes cast for candidates not capable of being elected, in a state where a one percent margin of victory could trigger a recount.”
This particular eligibility situation should be addressed with great concern for every candidate in the primary and every voter. Especially considering that new GOP laws for States voting on March 15, 2016, or later will award their delegates on a winner-take-all basis of which affects the state of Florida in which Voeltz resides.  The difference in potential lost votes from ineligible candidates on the ballot, is a major flaw for every eligible candidate and will disgrace to our entire election process should proper vetting of eligibility be ignored prior to the election. Pure and simple it is nothing more than a very clever form of voter fraud- should the candidate have any question to their eligibility that can be made later.
The GOP has already set a precedence for any candidate who does not meet the new requirements to secure 8 states with at least a 50 percent majority win. See new crazy rules here: https://en.wikipedia.org/wiki/Republican_Party_presidential_primaries,_2016
Voeltz makes many clear and valid statements in his eligibility court challenge against Rubio like the one below. I encourage all to take the time to read his Complaint For Declaratory Judgment here: https://www.scribd.com/document/293623437/Complaint-for-Declaratory-Judgment-and-Injunction-50
“It must also be noted that while the state department deems Ted Cruz’s eligibility in doubt, it has never been held in a court of law that one born in the United States to two non US Citizen parents like (Sen. Marco Rubio), is a natural born Citizen, eligible to be President, either. That question is ripe for adjudication now. The only “Constitutional purpose” of the term natural born Citizen is in regard to eligibility for the Presidency.”
With all eyes focused on the GOP for a fair election, the question is have they allowed the entire birther issue to be ignored, and or overlooked, as a means to actually use a convention to choose a presidential candidate next spring? That is the question no one is asking…..but savvy voters are now thinking, and this one is NOW ASKING!
Dianne Marshall

Ted Cruz is not a ‘Natural Born Citizen’