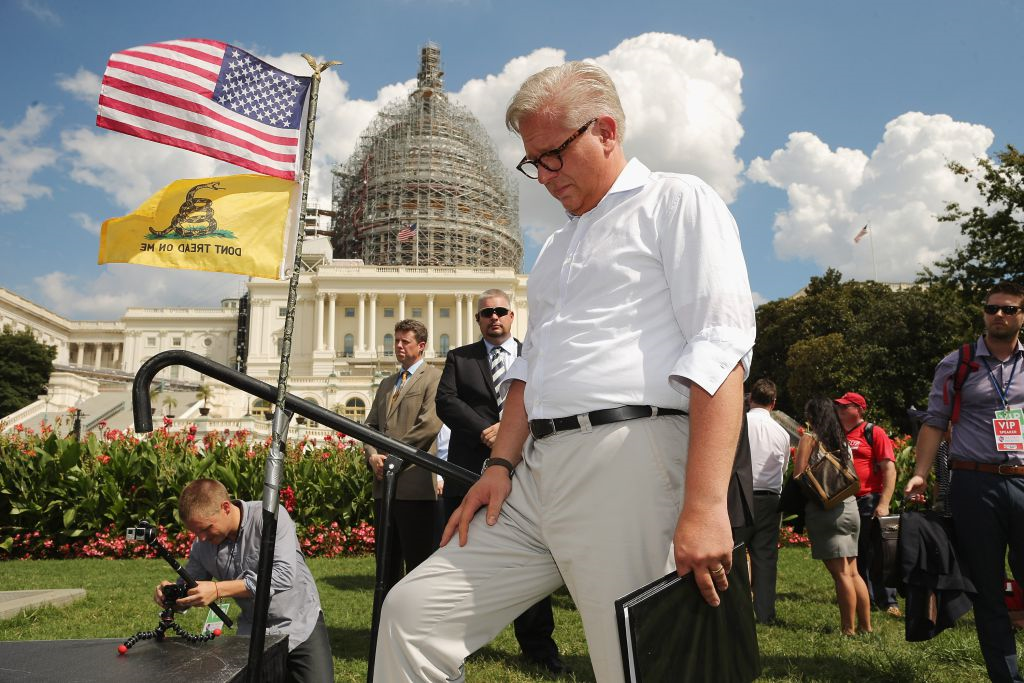 GLENN BECK IS DRUNK ON HIS OWN FALSE DOCTRINE OF BECK!
Today, Glenn Beck (on the road) took time to call in and say the most unthinkable thing. It seems that Beck’s co-host Pat Gray wondered why God didn’t allow  Supreme Court Justice Scalia to live until after the election? But, fear not, Beck called in to stop Gray from wondering and announced his revelation of God’s wisdom in the perceived untimely death of the Supreme Court Justice. He boldly proclaimed that God had allowed Scalia to die at this time in an effort to wake up America to the fact that his nation is on the verge of totally losing its liberty unless it elects Ted Cruz as president.
My reaction to this profound revelation is “GOOD GRIEF”!
Although Scalia was indeed a man of honor and bold testimony for the constitution, there are a few facts we need to consider. First, Scalia’s voice was not strong enough to stop Obama Care. It was not loud enough to stop “Gay Marriage”. It was not strong enough to  stop many of the things we now are enduring. So where did Beck get his idea that all was fine and now all is at peril?
It is obvious that America has been on a downward spiral for a very long time. Not just with Obama…it goes way back to the years of Wilson. Heck we can go back to the years of Lincoln, how about the war of 1812?. The truth is America has been a nation in turmoil since its’ very inception.

Our future lies in the repentance of a people called by God’s name to return. Not in the hands of a known cheat, and false truth bearer who is running the most fraud filled campaign in the history of America. Nor by the words of a man who endorses, encourages, and participates in it.
America and the entire world is in the hands of God and whatever her destiny is, no man will change that course. I do believe God will send us a leader to lead the people out of bondage, but only when the people seek him to do so. It will be those who return to him who will see and know. Not only America, but the man who is chosen, if sent by God, will also be a beacon for the people of the world to fight for what is right.
To me, it means Scalia’s death was untimely and there is a cloud of question hovering over the entire situation. The pillow over the head, in a bed, fully clothed has indeed raised questions to many lay persons, let alone those who are trained in establishing reasonable doubt. Perhaps someone else had a plan? But, one thing is true, no one ever leaves this world before it is their time, and in the case of a good man like Scalia…God calls him home.
If America is to wonder anything of this, let them wonder what really happened to Scalia and begin there. Please don’t let any other candidates stand up and say, Scalia died so I can save America. I do know a man who held and still holds great respect for Scalia who would have never dreamed to even think such a thing, let alone verbalize it so foolishly, his name is Donald J. Trump.
Dianne Marshall