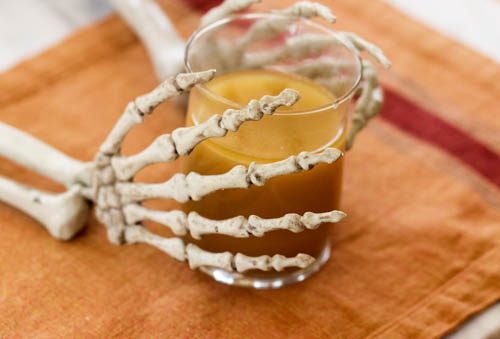 As the agenda of global ideology nears its’ edge, the spinning globe has all but halted and the global elite are teetering on their own myths and lies. From EPA approved pesticides like glyphosate that have now been proven toxic cancer causing agents, to GMO’s and toxic additives in our food supply, along with poison water, toxic Chem trails and cell damaging electro -magnetic fields, just to name a few. The elite cabal who own everything have cashed in on human sickness and played their hand well with their heels on the necks of western medicine. The cabal has a century of dictating what western medicine will and will not say and or endorse about our health and medical procedures through monetary grants for research and medical school donations (check the history). They have gotten rich from their monopoly on big pharma and its’ vast array of prescription drugs and pseudo -science that supports a lot of it.

When people started waking up and protesting at the grocery store against GMO’s by going organic, and cancer survivors took their diet into their own hands, the cabal had to devise a way to combat this dilemma. What better way than to take the people’s answer and push it beyond its’ working capacity to another extreme. Thus we saw the push for Vegetarian go full max into Vegan. We saw many foods and of course meat, labeled as cancer causing and heart disease culprits. The organic food supply was taken over by big agriculture, and much of it tainted. Food allergies were on the rise. Meanwhile, soil and water could not help but get their share of Chem trails, and overspray of pesticides driven by the wind, and water. 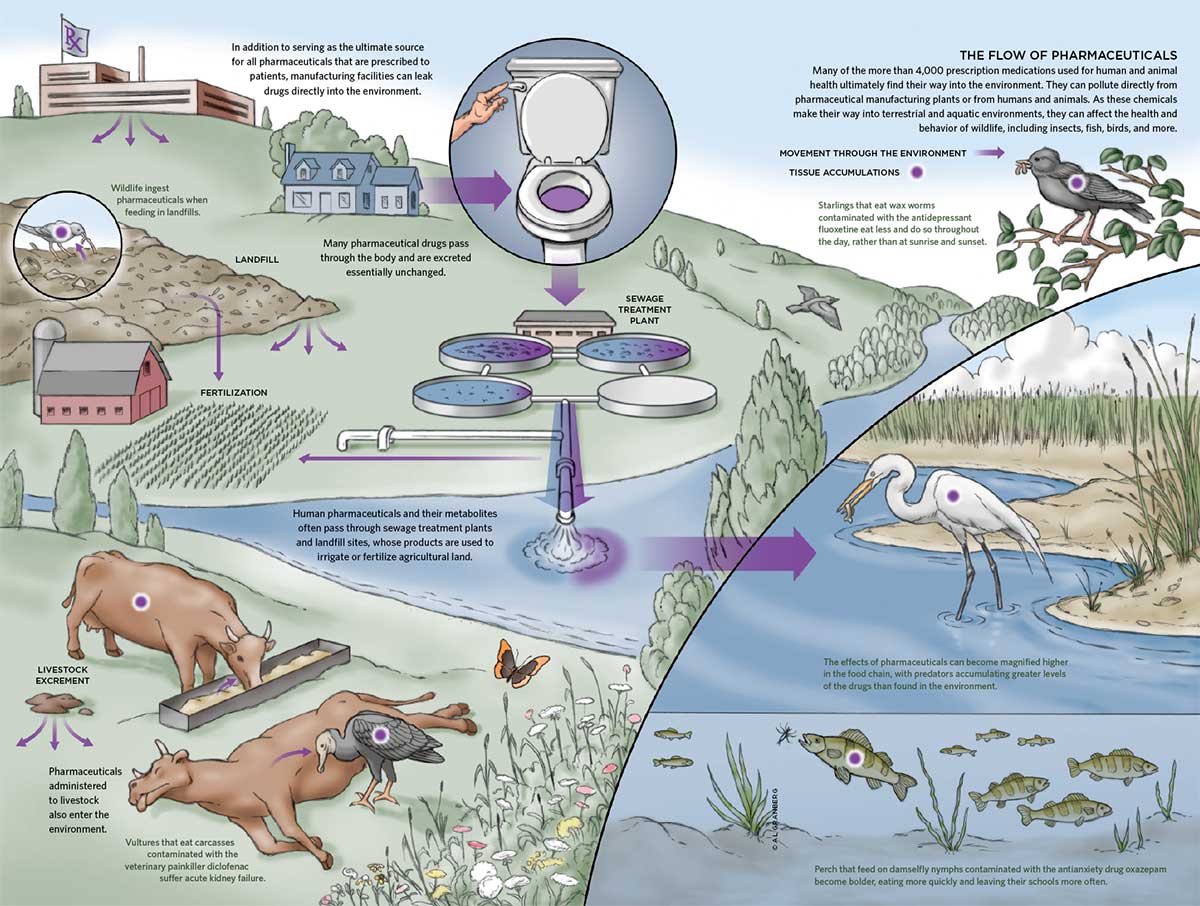 We watched as the medical field claimed it was publicly unsure of what was causing autoimmune disorders, cancer, heart disease, and obesity but their education blamed it on meat, fats and peoples poor food choices, (and of course smoking) and took no responsibility for GMO’s, toxic food additives, processed foods, added sugars in all their fat free delights, and hormone/antibiotic induced meat supplies, and did not even look at electro-magnetic fields and radiation from smart technology – 4 and 5 g towers. Part of their answer was to exercise and add more GMO vegetables, grains, processed sugars, and fruits into the diet and eliminate meats containing vitamin B12, and salt. Also eliminate bad evil animal fat, and butter that work perfect to add fat to the brain which is made up of 30 percent fat, and protect cell membranes and break down fat soluble vitamins in the body.

Thanks to Dr. Tim Noakes for his six year trial in challenging the medical industries misguided dietary guidelines on fats in the body.  It took six years but at the end of his lengthy trial, the medical field acknowledged he was correct and gave him an apology. During his six year trial, members of the panel stated that if they acknowledged Noakes was correct then how would they answer to the medical community that they have been wrong about cholesterol and animal fats.  How humiliating would that be? What would that do to the statin drug billion dollar industry?

Let us not forget the secret weapon to push the agenda.  That is none other than the  heavily funded PETA to endorse animal cruelty, pushing the pseudo science in climate change and the dangers of carbon dioxide emissions from cattle (which carbon dioxide is what plants need to grow and flourish and in return plants emit oxygen.) And they pushed the false wonders of a vegan diet to save the planet and guilt trip anyone eating meat. They made animal fat a poison and blessed GMO corn oils, margarines, and sugars that actually clog arteries. They failed to mention how difficult it would be for vegans to get vitamin B12 and complete proteins, nor how much sugar would be consumed in their vegan diets.
Meanwhile, with Monsanto’s government controlled agriculture and the EPA’s blind eye to pesticides and food additive toxicity, Americans got fatter, less healthy, cancer, heart disease, and autoimmune disorders sky-rocked. Prescription drugs were passed out like candy with refills for the REST OF YOUR LIFE.


Then came the truth bomb. Mortality tests were finally taken with control groups of 8,000 over an 18 year study that showed there was NO DIFFERENCE IN MORTALITY RATES from any of the groups which consisted of meat eaters, vegetarians, and vegans. Even those with perfect cholesterol rates suffered heart attacks, autoimmune disorders, and death. In fact meat eaters rated better in many of the categories of study!  So what is really going on?

What is it that is killing Americans and causing such autoimmune disorders, type 2 diabetes, heart disease and obesity? The medical field will tell you it is animal fat, salt, and bad diet. They got one out of three correct. That is BAD DIET – a diet full of GMO’s, pesticides, toxic food additives and high fructose sugars. The truth is, we need a full balanced diet that is pesticide and GMO free.

Today, You Tube and the internet is full of sorry Vegans, vegetarians and tree huggers who have left their “save the planet” diets. Younger people with testimonials stating their diet almost killed them – many stating they suffered from kidney stones, goiters, thyroid conditions, joint pain and a mountain of other health problems, all while eating organic and (quote) healthy.
Today, GMO foods have been banned from many nations. GMO’s Banned
Read more about GMO’s banned
People have had no idea that the elite cabal’s agenda was to depopulate the earth and what better way to do it than to control its’ food, water, and pharmaceutical supplies? But this is just one of the areas the global cabal is covering. Other areas are political mayhem, destruction of the American family, anti-nationalism, open borders, civil chaos, breakdown of law and order, destruction of morals and values, socialism that leads to tyrannical government control. The United Nations calls it – a “New World Order Sustainable Development for the 21st Century”, commonly known as Agenda 21.

So what is the answer?  How about take what is good of technology and agriculture and use that and take what is bad out of the equation.  There are many good break throughs and many bad ones. Microbe Lift products manufactured by ECOLOGICAL LABORATORIES, INC., Cape Coral, Florida, specializes in the development and production of microbial products for the natural treatment of environmental issues associated with the various uses of water and recycling of organic matter. The solutions attack the cause and restores clean water instead of masking the problem. Click to learn more.
Like all things, take what is good and use alternative natural means to out the weeds and bugs.  Home remedies are also available and less costly.  Example: vinegar and water solutions kill weeds and does not damage your grass or pollute your water when it absorbs into the ground or runs off into rivers. How to Kill Weeds with Vinegar
Hydrogen Peroxide to purify water…How Hydrogen Peroxide works better than chlorine.
On the other side of the Agenda Pyramid, God’s people around the world are waking up and taking a strong stand against the totalitarian dogma and open border UN policy. People have national pride and desire to keep their culture and raise their families in a safe environment free from government overreach, Chem trails, toxic food, and mandates that go against their personal freedom of choice and liberties.
President Trump has inspired the path to nationalism. He is cutting down the cabal planted trees that have been blocking the light and people are inspired. The world has watched and across the globe, national inspiration is growing and citizens world wide are fueling the same Trump mission to cut the ties of the evil order of one world chaos.
The world is in its’ infant stage of waking up to the lies and myths that have become the standard of acceptable practice.  If a nation’s people can’t eat healthy food and drink living water, they get sick and die.  Sick and dead people can’t fight back.  The first step is to stop the toxic food and water being fed to the people.  If not, the saying, “They’ll have to pry my gun from my cold dead hands”, will be more than just a phrase.

It is very true that the Lord works in mysterious ways. Send a watchman to cut a path to expose the evil and watch the good and mindful woodsmen come to clear a highway!
Dianne
KJV 1 Timothy 4:1-5
1Now the Spirit speaketh expressly, that in the latter times some shall depart from the faith, giving heed to seducing spirits, and doctrines of devils; 2Speaking lies in hypocrisy; having their conscience seared with a hot iron; 3Forbidding to marry, and commanding to abstain from meats, which God hath created to be received with thanksgiving of them which believe and know the truth. 4For every creature of God is good, and nothing to be refused, if it be received with thanksgiving: 5For it is sanctified by the word of God and prayer.
Note: Sick people can’t fight….so it is time to take responsibility for your own health and question all things. Do your own research and do what is best for you.