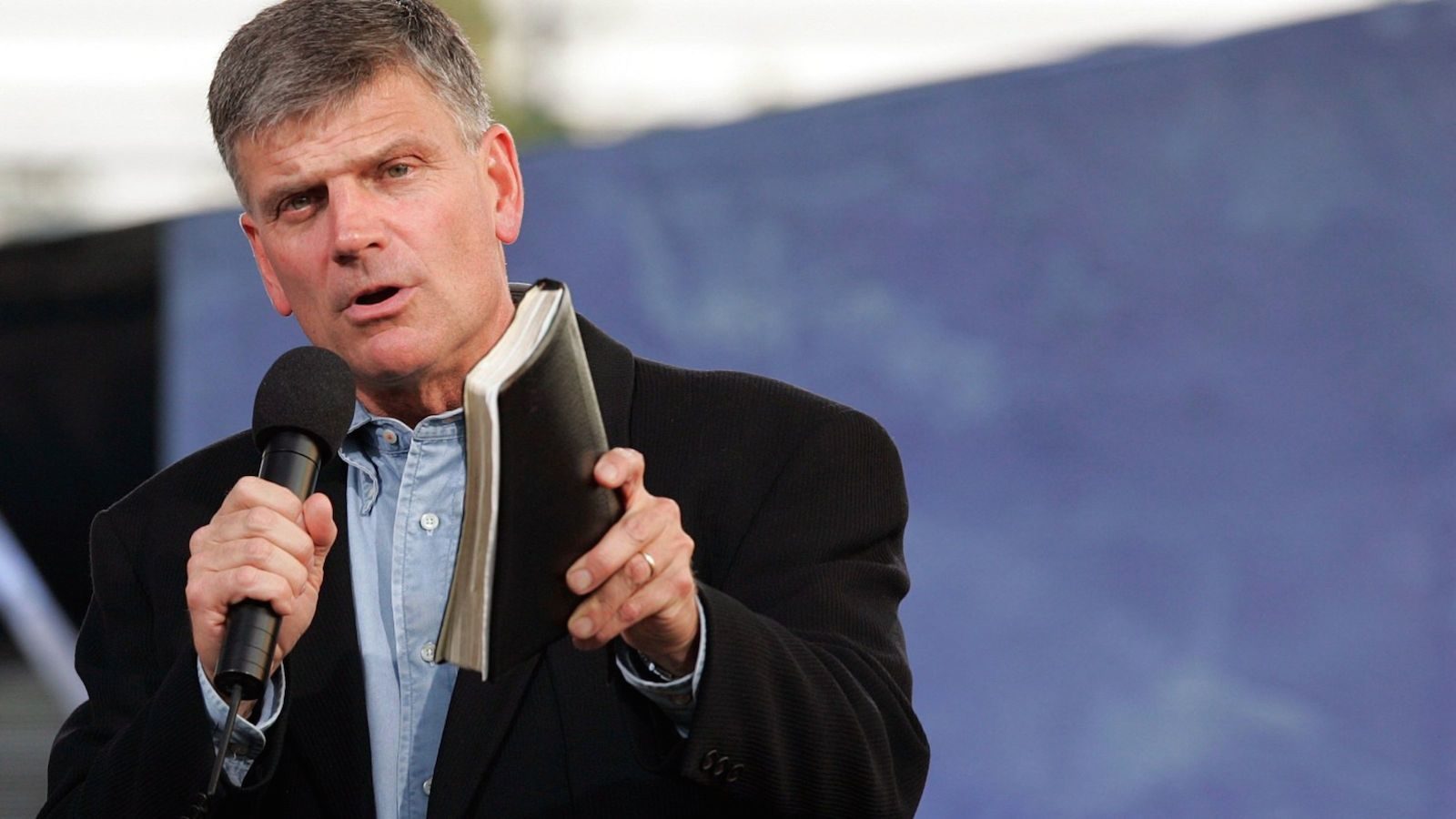 Franklyn Graham has his own opinions of what is and is not Christian…but more important he cautioned the Pope that maybe he needs to build a bridge between himself and Trump.  I say, Amen to that!
“The Pope has suggested that Donald J. Trump is not Christian because he wants to build a wall between the U.S. and Mexico. He said, “A person who thinks only about building walls wherever they may be and not building bridges is not Christian.” I agree that as Christians we should try to build bridges with everyone that we possibly can, but that doesn’t mean that we should compromise our national security. Donald Trump isn’t the only one who wants to build a wall—other Republican candidates Ted Cruz, Marco Rubio, Dr. Ben Carson, and John Kasich as well as millions of Americans, also want to build a wall—in order to protect America from enemies who want to use the U.S./Mexican border as a way to enter our country and do us harm. Are they not Christian either? My advice to the Pontiff—reach out and build a bridge to Donald Trump. Who knows where he may be this time next year!”
It is rather curious don’t you think that no one other than Trump was singled out for wanting to build a wall?  Perhaps there is a reason.  I believe, Trump is the only one not owned by establishment donors that will actually build it!  The others are merely going through the allowed motions to win votes.
Only trump has put his life on the line to make America Great Again and BUILD A BIG WALL – A BEAUTIFUL WALL – A WALL OF A NATION WITH A BIG DOOR TO ENTER LEGALLY!
Dianne Marshall
https://conservativepost.com/franklin-graham-shatters-pope-francis-feud-with-trump-what-he-said-amen/