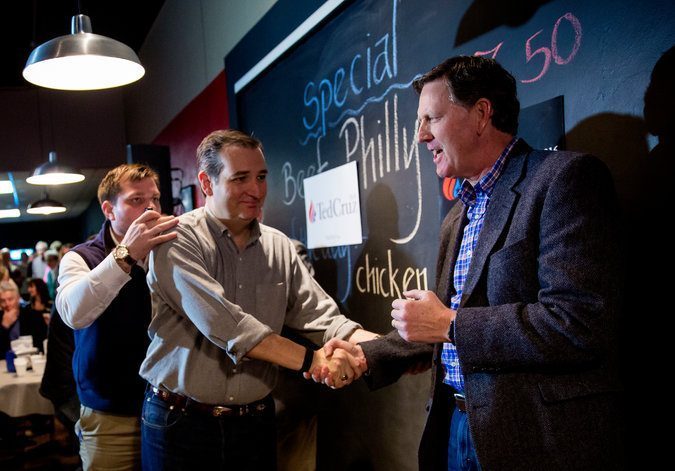 I mean….can you get any more desperate then to ask pastors to corrupt their flocks and then plead like Beck saying horrendous lies about a good man like Trump? While pitifully standing on a makeshift stage in his Iowa jeans, Cruz openly admits to them all that Trump will win IF THEY DON’T throw their 501(c)3 status’s to the winds of chance and pressure their sheep to do as they say.  Rafael shouts from a point of weakness adding it’s all over if you don’t for Trump will win EVERY THING ELSE?
Does Iowa want to be the blue state here? Do they really want to be known as the only state that had a melt down with Glenn Beck and Rafael Edward Cruz with his 7 mountain dominionism?  Which, by the way, is looking more and more like ‘demonism’. Do they really want to be noted for the ones that voted for the ineligible Cuban from Canada? Time will tell.
I’m voting for Trump.   Not one pastor is going to change my mind.  If I had an hour with any that tried….believe me, they would be voting Trump too!
Dianne Marshall