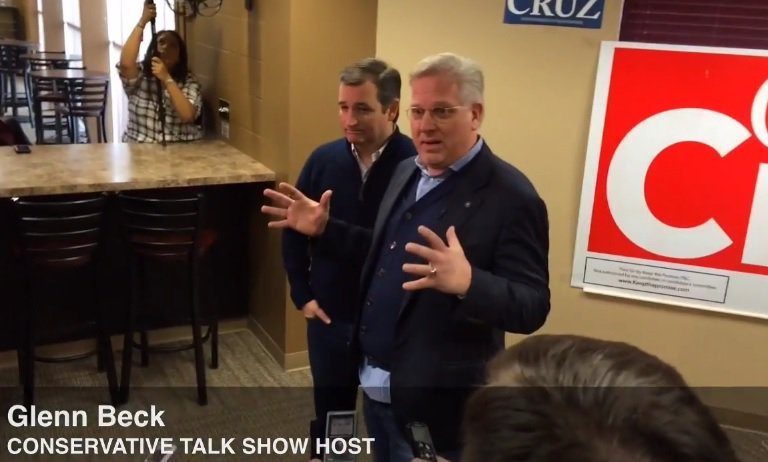 Glenn Beck ‘s peculiar endorsement translated.: “I ,Glenn Beck, the God of Mercury Arts Studio and politically correct conservatism am endorsing Ted Cruz to be the first Hispanic president. He is going to quit being Trump’s ‘mini me’ because that didn’t work. He will have to be the ‘mini me’ of Washington and Lincoln in order to win Iowa, and if I screw this up for him because I’m having a major melt down up here , and if you idiots let the Trump Nazi’s win over my Cuban Canadian in the primaries, then I’ll endorse Bernie Sanders to be America’s first communist president!  Trust me, I’ll do it…I’ll vote for Bernie.  I just quit the republican party and can’t vote for Cruz in the Primaries, but you still can.”
“I’m Rafael Washington, Lincoln, Edward , Kitchen Sink, Cruz, and I endorse Beck’s meltdown and share in his insanity.”
Any questions?
Dianne Marshall