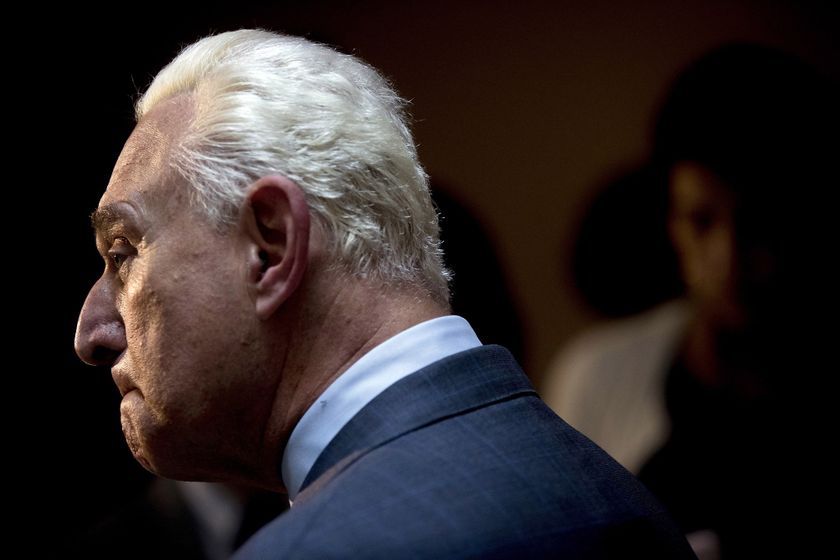 Something doesn’t make sense about the Stone/CNN/FBI arrest. Especially when Assange told the whole world he was going to release email info on Hillary for a long, long time in the primaries. We all knew about it and impatiently waited to see them. So why is Stone  allegedly being questioned on his October 2016 inside information?

Again, why October and why Stone when Julian Assange had been claiming to have email leaks for a very long time before then?  In February 2016, Julian Assange said in an essay that a vote for Mrs. Clinton to become president amounted to “a vote for endless, stupid war.”
Tue Feb 9 10:47:54 EST 2016  –

“Hillary didn’t just vote for Iraq. She made her own Iraq. Libya is Hillary’s Iraq and if she becomes president she will make more.
I have had years of experience in dealing with Hillary Clinton and have read thousands of her cables. Hillary lacks judgement and will push the United States into endless, stupid wars which spread terrorism. Her personality combined with her poor policy decisions have directly contributed to the rise of ISIS.”

….”Hillary publicly took credit for the destruction of the Libyan state. On hearing that the country’s president had been killed by her handiwork, she became wild-eyed and gloated “We came, we saw, he died!”. In the momentary thrill of the kill, she had aped, of all people, Julius Ceaser.”
.”READ FULL ESSAY HERE.

Hillary’s sins were never hidden from the public.  They were only protected by a fake news press and globalist regime. So why the goose chase now? This does not add up folks!! Why are those reporting the sins of Hillary under arrest while the one who did the dirty deeds are all still on the outside doing more dirty deeds?

In today’s New York Times news it states, “Mr. Stone had long claimed both publicly and privately that he had foreknowledge of the information that WikiLeaks planned to release about Mrs. Clinton and her political allies. In early October, Mr. Stone predicted on his Twitter account, which was suspended after a string of expletive-laden tweets, that the documents that Mr. Assange promised to make public would hurt Mrs. Clinton’s campaign.
Oct. 2, 2016 @rogerjstonejr: “Wednesday @HillaryClinton is done.”
Oct. 3, 2016 @rogerjstonejr: “I have total confidence that @wikileaks and my hero Julian Assange will educate the American people soon. #LockHerUp” Read full article here.

What are they leaving out?  A lot.  For example, July 24, 2016 in another news article, Titled “Julian Assange: My Next Leak Will Ensure Hillary’s Arrest”
by Sean Adl-Tabatabai News, US 362
“During a recent interview with ITV, Assange said his next release will “provide enough evidence” to see Hillary arrested.
Silenceisconsent.net reports:
WikiLeaks has already published 30,322 emails from Clinton’s private email server, spanning from June 30, 2010 to August 12, 2014. While Assange didn’t specify what exactly was in the emails, he did tell ITV that WikiLeaks had “accumulated a lot of material about Hillary Clinton, which could proceed to an indictment.” Read full article here.

Another article titled “Assange, Avowed Foe of Clinton, Timed Email Release for Democratic Convention.” By Charlie Savage
July 26, 2016 WASHINGTON — Six weeks before the anti-secrecy organization WikiLeaks published an archive of hacked Democratic National Committee emails ahead of the Democratic convention, the organization’s founder, Julian Assange, foreshadowed the release — and made it clear that he hoped to harm Hillary Clinton’s chances of winning the presidency.
Mr. Assange’s remarks in a June 12 interview underscored that for all the drama of the discord that the disclosures have sown among supporters of Bernie Sanders — and of the unproven speculation that the Russian government provided the hacked data to WikiLeaks in order to help Donald J. Trump — the disclosures are also the latest chapter in the long-running tale of Mr. Assange’s battles with the Obama administration.
In the interview, Mr. Assange told a British television host, Robert Peston of the ITV network, that his organization had obtained “emails related to Hillary Clinton which are pending publication,” which he pronounced “great.” He also suggested that he not only opposed her candidacy on policy grounds, but also saw her as a personal foe.Read full article here. 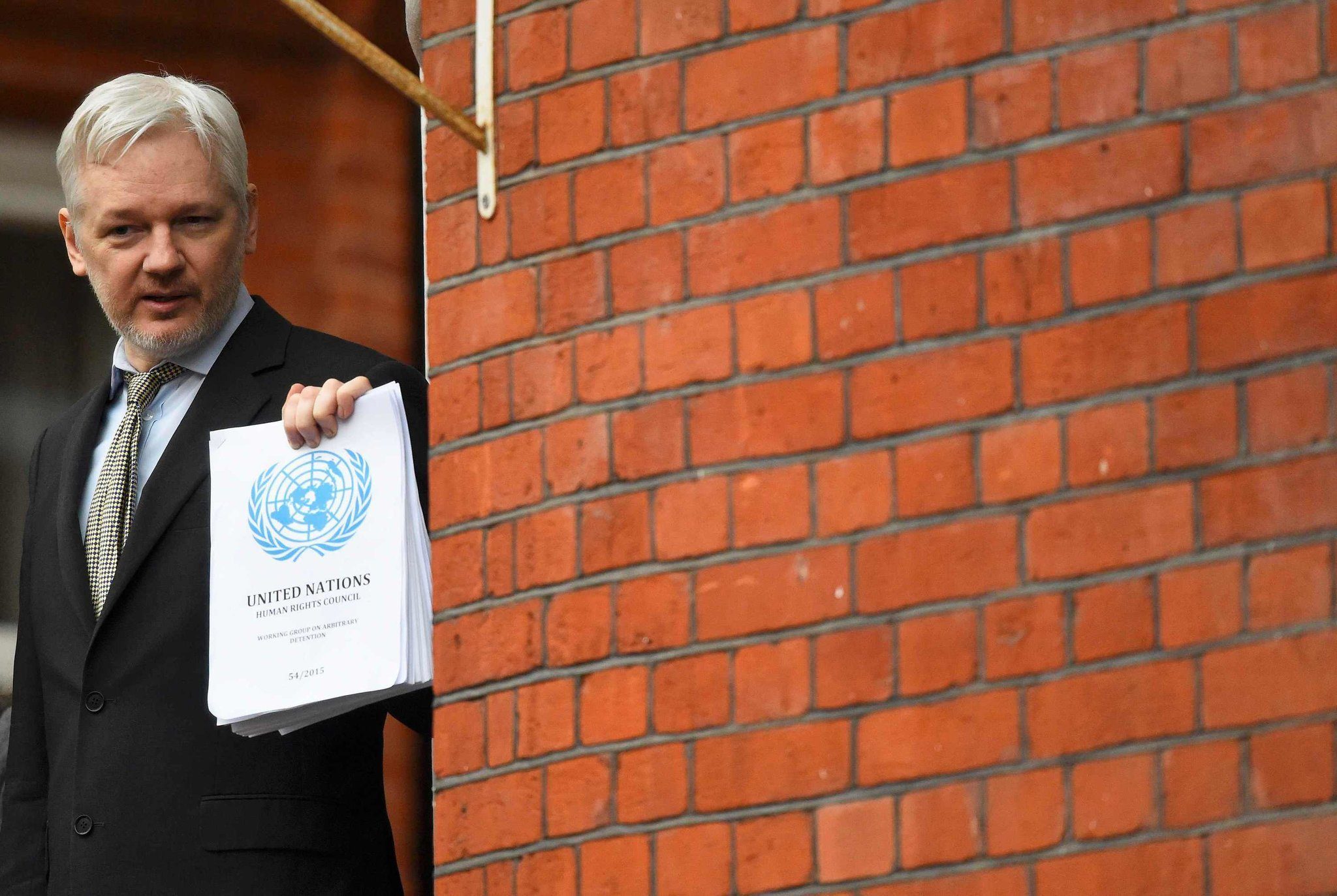 Which leads us to all the world watching the meltdown at the Democratic Party, and the entire voter fraud being committed against Bernie Sanders all along the way or many now wonder if it wasn’t just all part of the plan to run Bernie to attract anti Hillary democrats and later slush them over to her?  Whatever happened…we all watched it.

Why not go after the Green Party Candidate – Jill Stein?  What did she know and how was she involved with Assange?  Bernie?  How did she tamper with the Hillary campaign?  The democratic convention?  Or did the democrats just shoot their campaign in the foot all by  themselves?

The Bernie voters in the midst of the chaos took their emotions to the Green party and listened to the guest Julian Assange who addressed them on video conference at their rally. Remember? Read about Stein Embracing Assange and Bernie voters here.

The Hill reported- 08/05/16 09:23 PM EDT:  Wikileaks Founder Julian Assange will speak at the Green Party convention in Houston via live stream, the Houston Chronicle reported.
Assange is scheduled to speak Saturday at 11:45 a.m. local time from the Embassy of Ecuador in London, making a high-profile speech on the third day of the convention, before the party officially picks its nominee.
Assange will be interviewed by 2004 Green Party presidential nominee David Cobb, party officials said in a statement on Friday.
Wikileaks made headlines last month when it released thousands of emails on the eve of the Democratic convention that showed some party officials had worked to back Hillary Clinton’s campaign from behind the scenes.
The emails made supporters of Sen. Bernie Sanders furious and prompted the resignation of DNC Chairwoman Debbie Wasserman Schultz.Read full article here.

So I ask you all…  HOW DOES ASSANGE WIKI-LEAKS FALL IN THE LAP OF ROGER STONE IN OCTOBER OF 2016?  Something sure doesn’t sound, nor smell right here.  What are they really trying to do?  And why is the Democratic Campaign still not under investigation, at least not publicly?  Why?

Is this a distraction?  Is this a false flag story?  What is this and why aren’t they going after Hillary?