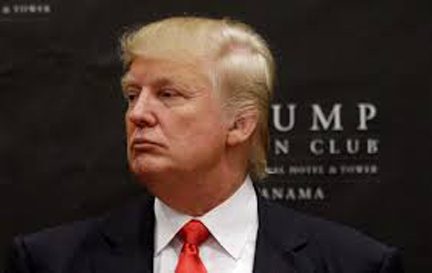 For all of those who want to get into the numbers, the months, the dates, the charts, complete with the personas and sagas of all those of elections past to try and figure out a Rove Stupid correlation of what is happening with the Trump election cycle – I SAY GIVE IT UP!
Trump is UNIQUE, one of a kind.  There has not been nor ever will be another like Trump.  You can sit there with your lists of numbers like some crazed Bible zealot doing the Bible code math to determine the day and hour Christ will return.  It won’t work.  Why?  Because anything that God is in control of will never be figured out by man other than the signs and the seasons.
This is the season, and the signs are all there. Yet, only one thing is certain…no one knows for sure.  One of the signs that I see taking place is that Trump is the only man going against all the evil of the establishment.  The only one not partaking in the forbidden donor and super PAC fruit.  The only one who is standing for the values this nation was built on with an emphasis to restore and protect.  The others obey their donors and the GOP.
Trump is following his heart and using wisdom to let the political enemy destroy the political enemy.  He has all the people’s best interest at heart and is going against the entire establishment.  He is a phenomenon in the history of elections.  He seems to somehow beat all odds. When he is attacked he seems to grow stronger.  He wins bigger.
Kind of like when Moses said to Pharaoh let God’s people go. Pharaoh said no and the plagues started up. Each time Moses returned and asked Pharaoh to let God’s people go Pharaoh answered, “Not unless you have your God call off the flies (or whatever the plague was at the time).”  So God did and Moses would return and say, now let God’s people go and  Pharaoh would say no. This went on and on until the last plague…but before that last one Moses said – If there is one more plague upon the land it will be by your hand Pharaoh for you have not let God’s people go.  Well, we all know the end of the story. There was one more plague and then Pharaoh let God’s people go and they left Egypt with all the wealth just like God had told Abraham it would be.

The moral of the story is this – we don’t all agree or understand exactly how it will be done but, those who have read the good book all know that in the end, God’s people win.
Dianne Marshall