“Soviet communist tyrant, Yosef Vissarionovich Stalin said once: it doesn’t matter who votes, it matters who counts the votes.”
Orly Tates is urging Trump to write to Bill Gates and request that Microsoft withdraw from counting the votes due to the conflict of interest-
“Trump should write to Bill Gates and request that Microsoft withdraw from counting the votes due to the conflict of interest, if Gates does not respond, he should file for an emergency injunction.” Dr. Orly Taitz
As most of the informed are already aware Microsoft is Marco Rubio’s second largest donor and Goldman Sachs is his number one campaign ATM machine. It’s no secret these guys want big favors. Especially since they all want sustainable development goals to flourish and love B-1 visas, open borders and working toward a north American union. They are chomping at the bit for TTIP. So why wouldn’t they be wanting to get a good establishment puppet in the White House by hook or by crook?
Dr. Taitz writes:
“Our ruling establishment has been chanting a mantra: Rubio will be a strong third in IA, second in NH and first in SC and beyond. The public has been laughing at this mantra as Trump has been leading Rubio by a 25% margin in NH, SC and beyond. However, seeing the shenanigans in IA, it seems that the ruling establishment has been scheming a massive vote rigging to put a corrupt, open-borders puppet, Rubio, on top.
“We cannot tell for sure whether the vote was rigged in IA. Considering massive corruption in courts and in the Department of Justice, that we encountered during the Obama eligibility litigation, it will be hard to get anything achieved in courts, however Trump has to start attacking Rubio, his backers and he needs to expose the conflict of interest that his top donor, Microsoft, has in counting the votes.”
Read her link: https://www.orlytaitzesq.com/trump-should-write-to-bill-gates-and-request-that-microsoft-withdraw-from-counting-the-votes-due-to-the-conflict-of-interest-if-gates-does-not-respond-he-should-file-for-an-emergency-injunction/ 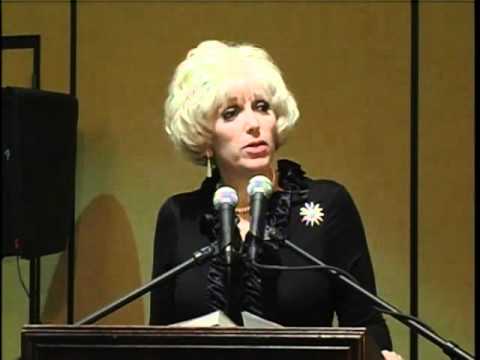 Most people think this election is just about repealing Obama Care, getting rid of Common Core , jobs and finding a conservative to do it. Where these things are needed, most are missing the most important issue facing all Americans. That issue is to SAVE AMERICA FROM BEING HANDED OVER TO THOSE WHO WANT A NORTH AMERICAN UNION. There is only one man who is able to do this and that man is Donald John Trump.
Trump is the only one fighting to restore the pieces of America that have been stolen and repair the parts that have been corrupted. This is the most important election in the history of this great country. What we are witnessing is the most blatant voter fraud in our history, not to mention having two ineligible candidates on the ballots Marco Rubio and Rafael Cruz both benefiting by the ones with the Microsoft machines counting our votes.
Think about it, why would Goldman Sachs be giving big chunks of cash to both Rubio and Cruz?
Dr. Taitz urges Trump to contact Bill Gates and ask him to withdrawal within 3 days. If Gates does not withdraw  Microsoft from counting the votes, Taitz urges  Trump to file an emergency injunction in the state court in New Hampshire.  Noting what is also taking place on the democratic side, she suggests that maybe, both Trump and Sanders should file a petition for emergency injunction together and kick Microsoft out of counting the votes.
It’s time to stop the election fraud and now more than ever get out and vote for Trump!
Dianne Marshall