Dorian is a monster with huge teeth and it is still “Pulsing”, so they say.
https://www.youtube.com/watch?v=1csI31Q7C1c&feature=share&fbclid=IwAR0RZNYB7wFov4usad49DlJ4dQ39MFRdHoCf_V2qvJwI49VL2_y-c_pmVyI
Particulates are quote – “being pumped into the storm”. Those watching the radar on Dorian are definitely trying to figure this strange thing out. Those who are wide awake know this is a man made manufactured event.  Many are certain that President Trump is well aware and doing all possible to prevent its’ landing.
https://www.youtube.com/watch?time_continue=9&v=QeaJvUSGJFE
There will be those that shout bad words at me for speaking of this, but it will not change the fact that this is a manufactured storm.
So, why would anyone want to do such a thing to the Caribbean and Florida? Could it have something to do with human trafficking, smuggling and all the organ selling?

Bahamas warned of corruption in US trafficking report

There is a giant crack down on human trafficking.  Many names have been named and the magnitude of that storm hitting will devastate all those in high places with great destruction.  That storm has touched down in a few places and is in its’ own holding pattern.

Could it just be that those who own the toys want to see what their toys can do?  Are they doing a test run for the bigger one? 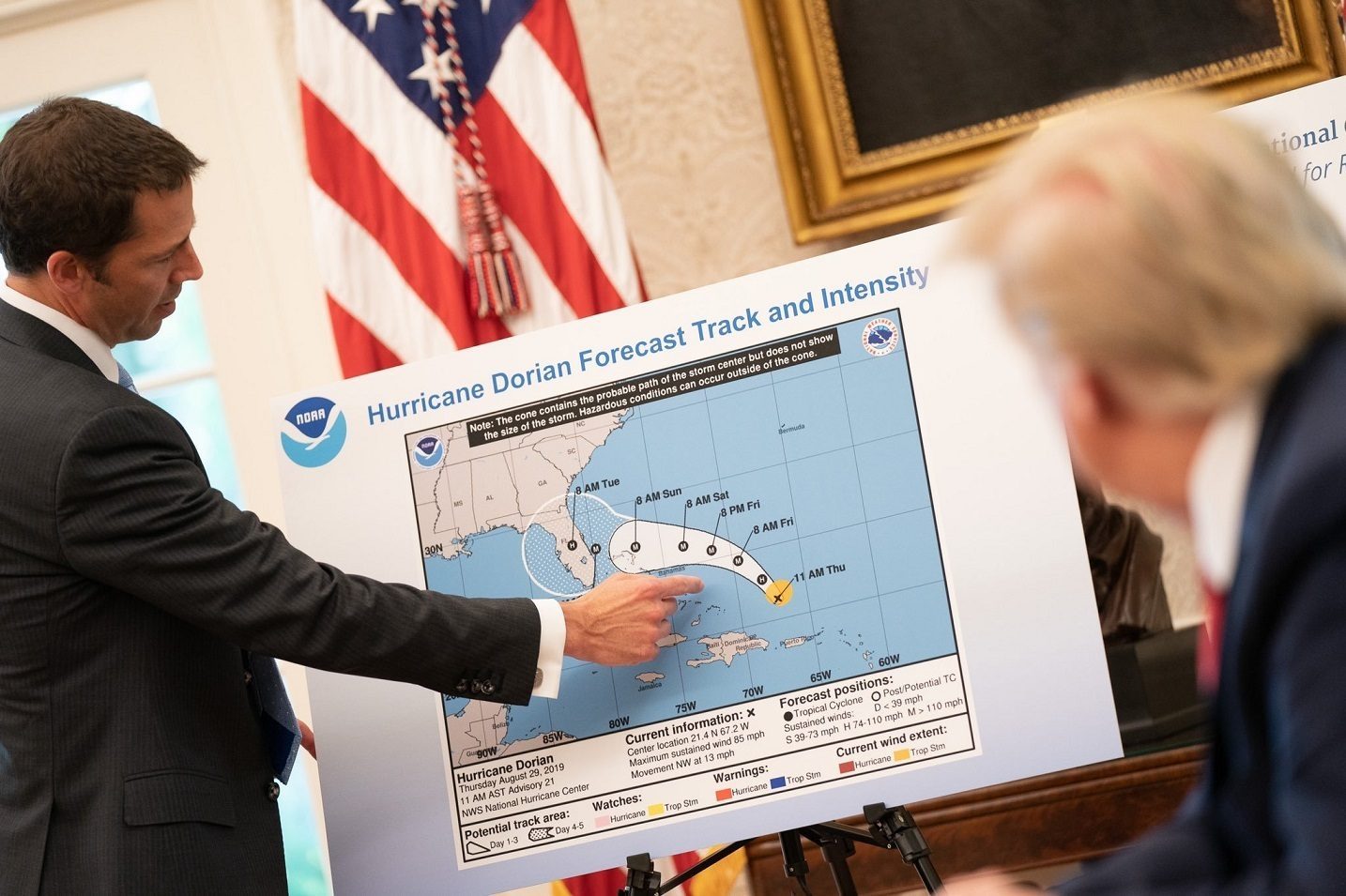 Does this event have something to do with the media’s fake jokes that President Trump wants to nuke the Hurricane?  The ones made while he was at the G-7 summit and didn’t want to sit in on their Climate Change man made junk?  But why not the nuke joke, after all, part of nuclear technology is Microwave frequencies.  Is this a new type of weather warfare?  Has the cabal unleashed its’ microwave frequencies to create a storm so huge and control where it goes and how big it gets?  And could it be that our President is trying hard to combat this monster with the Pentagon to move it out with our own Microwave frequencies?
Think what you will, but this is a weather war and all the evidence points toward America under attack.
https://www.youtube.com/watch?time_continue=9&v=QeaJvUSGJFE
It appears that some people want to do something.
Dianne
Think about it….who has time to hunt for human traffickers when the state is in a national emergency and devastated? This is very devious and I pray Trump’s team can pulse this thing out of the way. This is definitely a layered storm and frequencies beyond apprehension are in play. Truly top secret warfare in our faces.
https://www.youtube.com/watch?v=16OWJxY4RVg&list=PLoB8Cpvd3ddzw6LMXcNwqD7zmtow_blK6&index=8&fbclid=IwAR11pQjv-pPFKm3nXjt7XaegN2lBYC4LqDnoutOySdksXiReapnFnz83yR4
https://weathermodificationhistory.com/1947-project-cirrus-first-hurricane-cloud-seeding/Read more about cloud seeding and big business here.