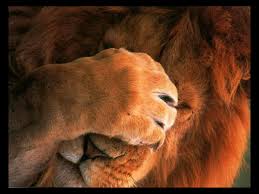 What is really scary is the new method of sheep herding taking place by the media.  A reverse the herd tactic.  Let me explain.  The media attacks the GOP candidates, then anyone who repeats it as a legitimate media report or posts an opinion based on what the news is reporting gets blasted by supporters of said candidate as liars, evil and all manner of accusations.

The media  then stirs the pot and the new attacks are between the supporters and their candidates while the media lays low and moves on to a new topic. Meanwhile,  ill will is formed among people who before the media spew were cool with the entire election. The media watches and then pokes and prods the masses  with fake polls, charts, statistics and more provocative reports to egg supporters on.  Then when the supporters of candidates are at rest, the media will prod again to keep it stirred in an effort to herd you to the next candidate they claim to be surging in the fake polls, stats and predictions. This they do until they stir you up and then they will start talking about something else.

Meanwhile, the new rage escalates in social media – the number one enemy of main stream cable news, taking on a life of its’ own.

Well people let’s expose the game now and not play it.  Realize this is an election year and each voter will have their favorite.  I say vet your candidate and vote.  That is the key here.  Don’t let the media play their new sheep herding game and don’t let the trolls run the show either.

When they roll the negative ads on the TV, you can scream at the TV or turn it off.  Social media is a different beast.  It is a place to express freedom of opinions and this is an election. Views will vary.  When a candidate says something against your view – you are entitled to express that.  Share your view. Don’t yell at others  like it is your TV.

Groups attract people with the same shared views, but, remember even among the same shared views there are different opinions.  Telling what someone did or said is not trolling.  Saying derogatory remarks that defame and have no supporting facts are trolling.  To express an opinion of what you believe in or have an idea of  is what a blog is about.

Blogs are discussion groups with commentary opinions not the actual news.  Blogs should support real facts and real opinions that can be expressed in humor, seriousness, or any way the one writing feels the need to express, as long as it is clean and not vulgar.  It should raise questions to help vet and bring about healthy discussion.  To yell “liar” and “you’re stupid” does nothing to lend to discussion and healthy debate.  To express why you believe differently and why you do not agree is welcomed.  It is what discussion is.

Regardless of who you are for, you are going to see and hear things that are another’s opinion, another’s observation or a policy that you may or may not agree with.  This is your opportunity to express this and offer your point of view.  These are healthy discussions.  Sometimes extreme questions allow for the most healthy debates.

It is my hope that we the people continue on supporting the one we choose and do so respectfully and without anger and harm to others opinions.  This is after all, an election and everyone has their own favorite.  Don’t let the establishment games ruin your opinion and opportunity to discuss objectively.