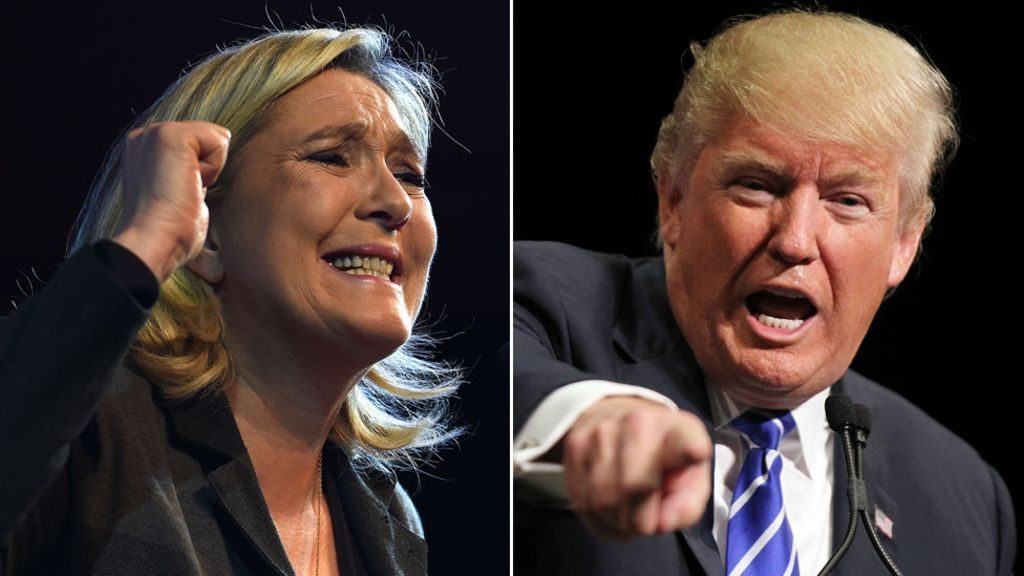 TV host, Andrew Marr, introduced French Presidential Candidate, Marine Le Pen, to his televised Sunday News Program in typical establishment media scathing fashion. He first pointed out her political flaws of representing a platform for the people and her pro stance for the sovereignty of France, noting she was not obliged to be led by mandates dictated by appointed European Union bureaucrats that were not elected by the people of France.  (As though all of this was deplorable) .  He ended his introduction in a scathing tone leading into his first question,
“With Trump being elected she has claimed that the whole world has changed and her brand of politics is on the march.  WHAT DOES THAT MEAN? So I started out asking Le Pen how she thinks Donald Trump’s victory has changed the world.” 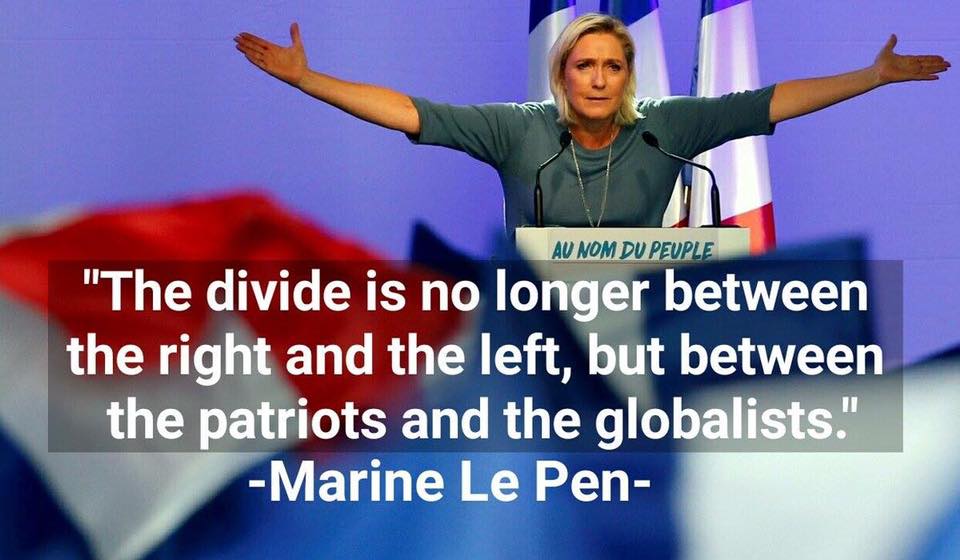 Marine Le Pen answered, “He (Trump) made possible what had previously been presented as impossible, so it’s really a victory of the people against the elite. So if I can draw a para ell with France, then yes. I wish that in France also the people attend the table, the table in which the elite are dividing up what should go to the French people. And so this is going to be the real question of the presidential election. And the presidential election is going to establish some real choices of civilization.”

Those who are watching and hearing the outcry of the people in Europe who are tired of the globalist mandates that have brought about the refugee crisis, unemployment, terrorist crimes, lawlessness, increased poverty, and higher taxes, etc., know full well the hands of the globalists’ around the throats of the people are losing their grip. Indeed – the election of Donald Trump as President of the United States of America has given fresh enthusiasm to the good people of France as well as throughout Europe and all the world!
https://www.youtube.com/watch?v=8lpGB2h4ydw&t=9s
My prayers go out to the deplorable patriots in France and throughout the world.  May God raise up Marine Le Pen to lead France!  Amen.