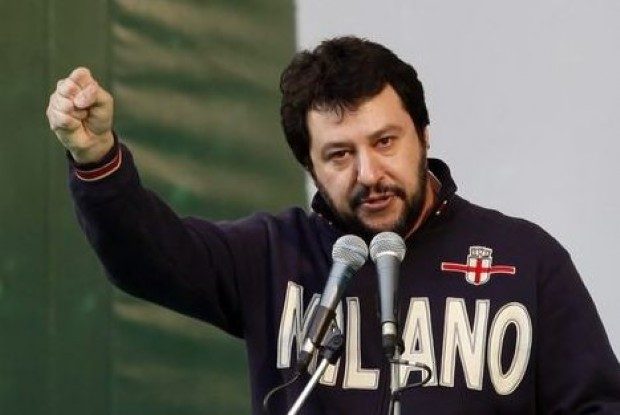 Matteo Salvini, the leader of  Italy’s far-right Northern League party stated that presidential candidate Donald Trump was ‘heroic’ while addressing the annual Northern League party in Lombardy, north Italy.
“I would like to meet Donald Trump and shake his hand,” Salvini said to his supporters. “He is a heroic and colourful person and we are on the same wavelength when it comes to many things.”
Trump has gained international popularity for his brave, bold, stance for standing up in what he believes is right for the people. Northern League supporters in Italy are attracted  to Trump due to his strong anti- immigration and anti-Muslim stance.
“I like people who have an idea and stand up for it,” Salvini added.
Trump has also been recognized by Vladimir Putin for his genius and strength, noting recently that Trump is the true leader in the presidential race. Trump also received notoriety from the Camelot Castle in England for his nobleness and humanitarian efforts for the people and presented their Excalibur Award of knighthood.
The people in Germany have raised banners touting that Trump was right, as they battle for their own rights demanding for Merkel to reverse the refugee program that has turned their homes into a battle zone and a nightmare of rampant rape for their women.
While other candidates are pushing for RINO legislative endorsements, Trump has won international acclaim as well as the hearts of the American people!
Dianne Marshall