Skip to the content
Idiot Cruz thinks he is such a good debater he can debate American Trump supporters. He has no clue that Trump speak is our speak. Good old honest truth! 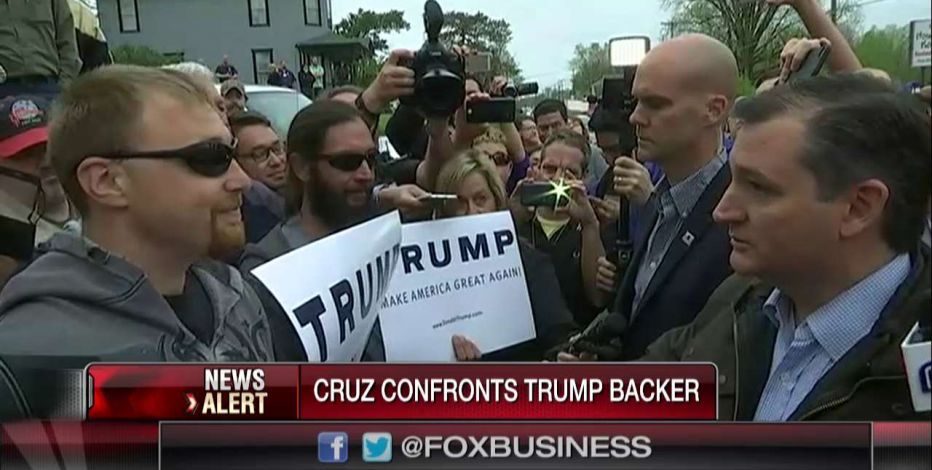 Cruz went with the press into the Trump crowd…bad idea.  The scene went south as fast as Cruz opened his liar mouth!
Cruz, “America is a better place…..pause….(preparing for his punch line)”
“Without you!” whips out the Trump supporter!
It’s about time people use Cruz pauses and poses for slam dunks like this guy did!  It is time to speak up and tell Ted to shut up or make him talk English and not theatrical Shakespeare!
Dianne Marshall