They who have endulged in sex trafficking and pedophilia rings all knew how President Trump felt about their sport. They knew he would make it a priority to end their pasta, cheese, pizza, spirit cooking, human trafficking pedophilia parties! 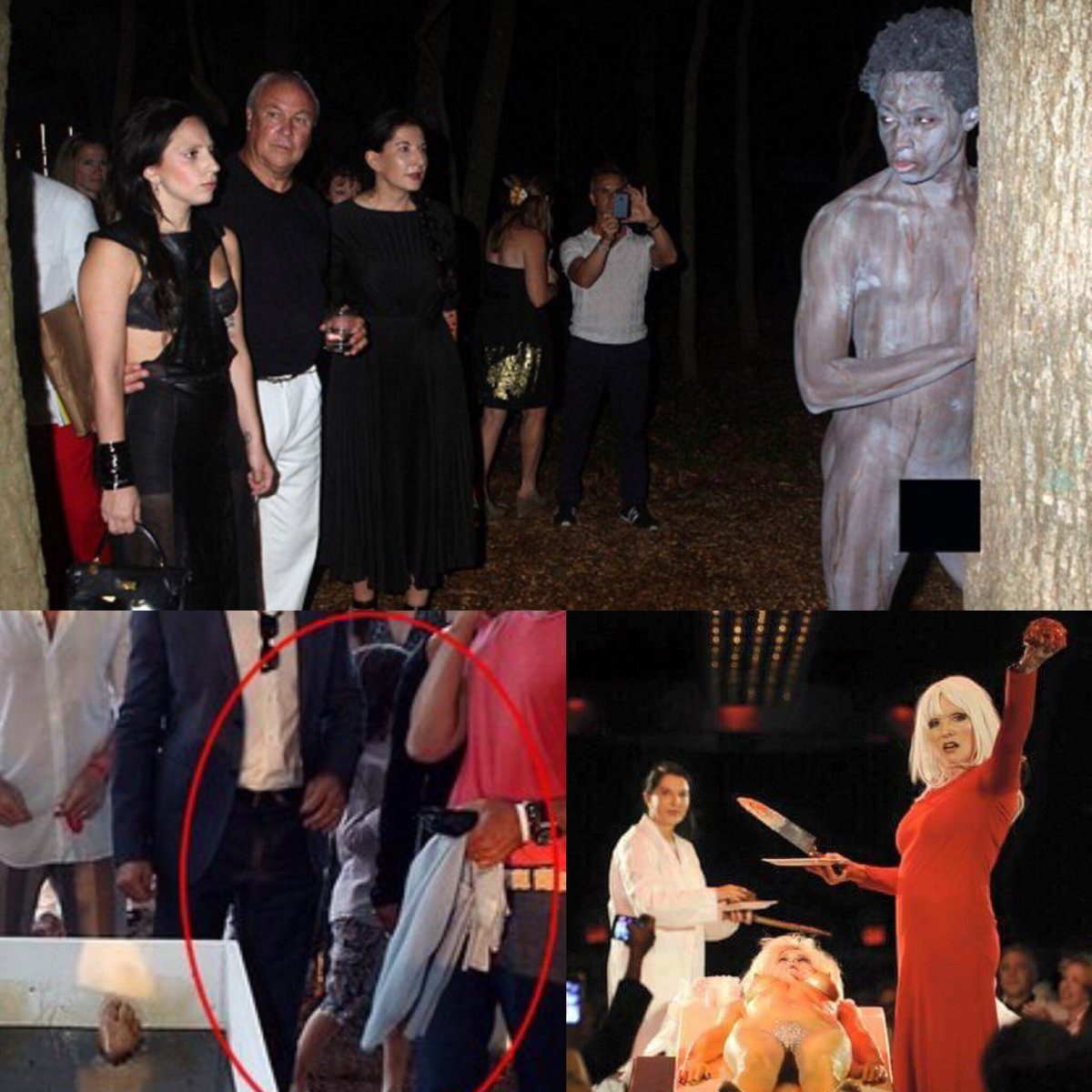 Follow the indictments and arrests for pedophilia charges. All of this will lead to the biggest human trafficking bust in history.
On October 8, 2012, Trump tweeted:
“Got to do something about these missing children grabbed by the perverts. Too many incidents – fast trial, death penalty.” 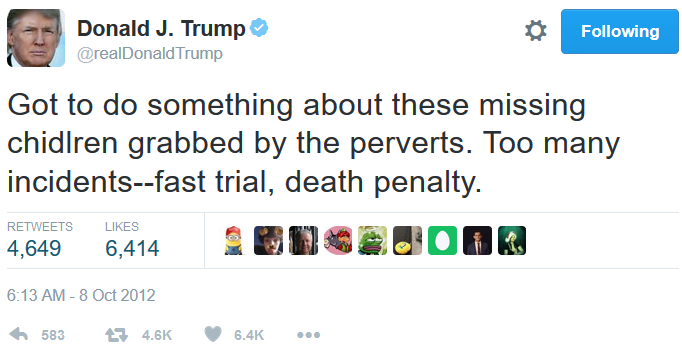 Then came the day the nation elected Donald John Trump and he took the office. One short month later, on Feb. 23, 2017 President Trump gave a press conference from the White House addressing how human trafficking is a “dire problem” domestically and internationally.

President Trump said: “Dedicated men and women across the federal government have focused on this for some time as you know — it’s been much more focused over the last four weeks.”
While the media all but ignored this press conference and instead pushed Russia, Russia, Russia, and narratives of Hillary cry babies….the President continued to do what he said he would do. In President Trump’s first month of holding office he had made over 1,500 (plus) arrests! That almost quadrupoles the number arrested for the entire year of 2014 which was 400! 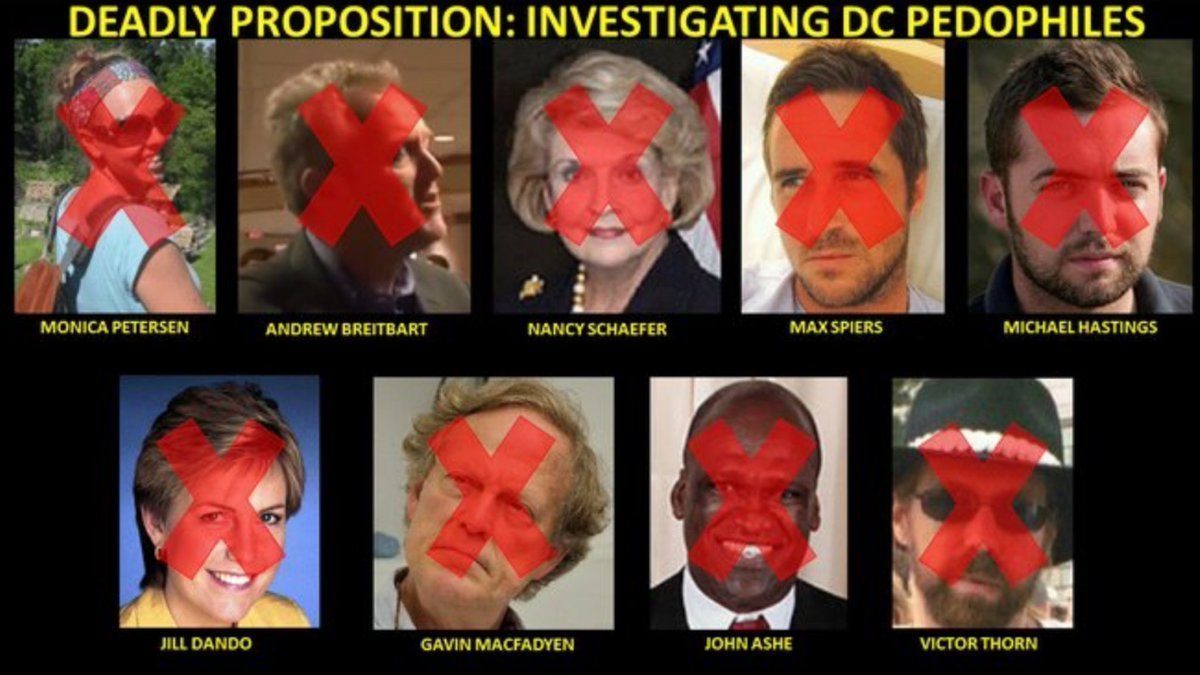 Above: these advocates to end human trafficking and stop pedophilia were all murdered when they were about to expose the corruption in high places, including D.C..

Follow the indictments and arrests for pedophilia charges and the ongoing purge of Saudi notables. All of this will lead to the biggest human trafficking bust in history.
The Saudi Princes are huge into human trafficking, and huge donors to the Clinton Foundation et al and the Clinton Foundation have also been using them for money laundering. The group of princes arrested have a net worth of over 2 trillion dollars combined. Money far beyond what a Prince should ever acquire living a humble government life without any corruption involved.
This makes one look twice at George Soros who is only worth 10 billion and has him looking more like a puppet than the puppet master. It also leaves a question as to who fed the Soros machine so he could feed so much destruction world wide? That story will hopefully play out in phase two.
Meanwhile the genie is out of the bottle and it can’t be put back in. Internet sleuths, searching through the John Podesta WikiLeaks emails, found a pizzeria in Washington D.C. named “Comet Ping Pong” that appeared to act as a front for a pedophile organization used for human trafficking and child sex services for Washington’s rich and elite. Hillary attends the pizzeria and enjoys cheese pizza but has no idea what people are talking about when it comes to pedophilia. She has however, accepted maximum campaign contributions from artist MARINA ABRAMOVIC , best known for her Spirit Cooking recipes and maybe a few yoga techniques as well.

Then there was that strange email from the White House during the Obama administration when Obama caught our attention for a moment for ordering $65,000 worth of “pizza” and “hot dogs” to be delivered to a private party. (Do you really believe it was for food now?) If we knew then, what we know now….fury would have filled social media. These things are very real. Click to read about occult child abduction 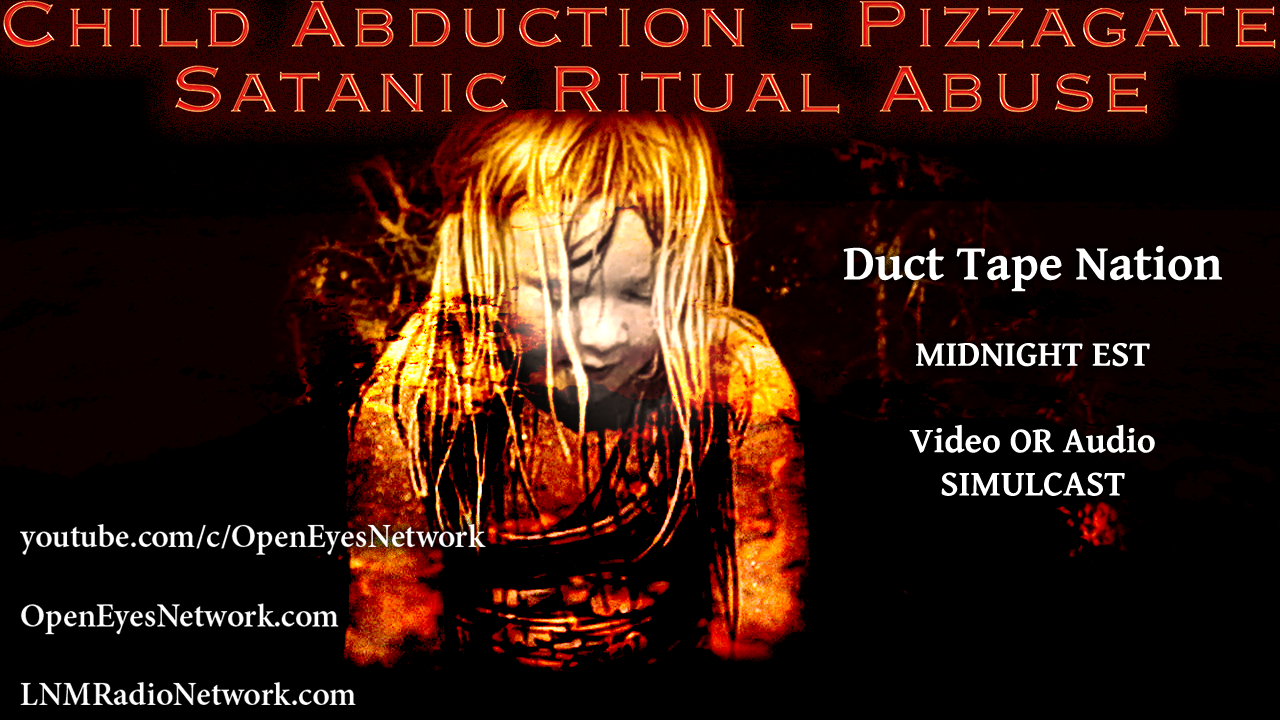 James Alefantis, owner of Comet Ping Pong’s pizzeria, has been found to have close connections with the Clintons, Barack Obama, John Podesta, Tony Podesta and George Soros.
Makes one stop and go….hymm?

Below are a selection of code words used in various emails from top politicians that describe the alleged type of child abuse services they ordered from the pizzeria:

Meanwhile, mainstream media continues to sweep Pizza Gate under the rug, yet can’t debunk the fact that children continue to come up missing and the F.B.I. has admitted that America is suffering a “human trafficking and pedophile epidemic”. Where are the missing children going?

Remember how we all heard for several years about Casey Anthony and the missing daughter Caylee (one child). The nation was enthralled at the search to find the missing child. Then all the reality show tactics, better than “Days of our Lives” had people clued to the commentators like Greta Van Susteren and Nancy Grace over the trial and mystery of who killed her and where was the body that went on for years. In the end Casey goes free and the public still can’t get over it. To me it always seemed more like a script than a scandal. False flag reality show. It was just last year the headlines were reading that Casey Anthony paid her lawyer with sex. How fitting don’t ya think for them to pull that one at the beginning of Pizza Gate awareness?  Click to read about Casey pays Lawyer with sex. 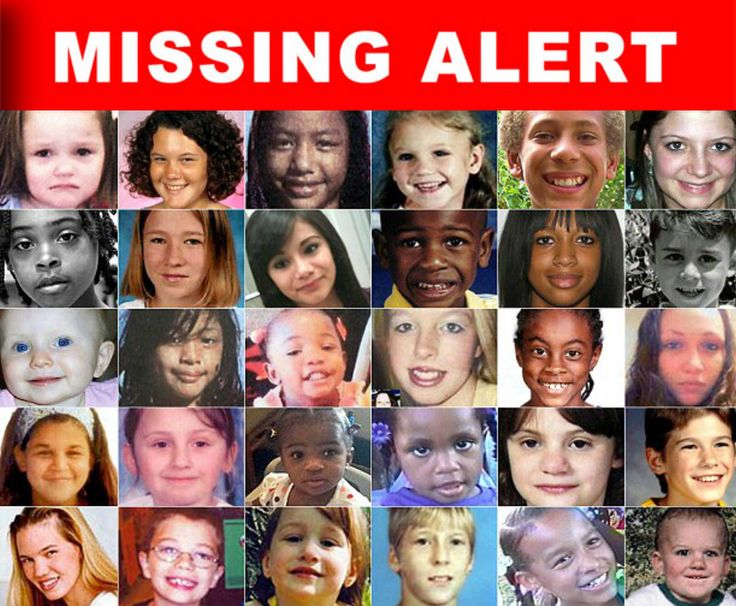 That being said, why aren’t the media doing more to uncover who is behind the “missing children epidemic” of real people in America?  Why not take a serious look into Pizza Gate?

Could it be that Pizza Gate has the potential to drain the pedophile swamp in Washington D.C. and cause an avalanche of indictments at home and abroad …?

No matter – the truth is half of them will go down with the sting!  Trump has this – watch and see. With the Saudi purge in action, that means the major players in the biggest  human trafficking rings are on a list – a list in the hands of Prince’s, on a floor at the Ritz Carlton in Riyad, Saudi Arabia.  Soon that list  will get even longer and into the right hands!  Between the birds already singing for immunity and those about to sing – it will be one of the most historic world wide take downs ever!

UPDATED NOV. 16, 2017, NOTE – IT HAS NOW COME OUT THAT PRINCE ALWALEED, ONE OF THOSE ARRESTED BY KING SALMAN OF SAUDI ARABIA, AND HUMAN TRAFFICKING KING PIN,  OWNS THE ENTIRE BLOCK ON WHICH COMET PING PONG PIZZARIA SITS.

IT HAS ALSO BEEN DISCOVERED THAT THE HOUSE OF SAUD, COMBINED, HAVE A NET WORTH OF OVER 4 TRILLION DOLLARS, WHICH IS IN THE PROCESS OF BEING FROZEN IN A MIRIAD OF DOMESTIC AND INTERNATIONAL BANKS.

THE CORRECT NET WORTH OF GEORGE SOROS IS CLOSER TO ONE TRILLION DOLLARS AND MUCH OF HIS MONEY HAS ALSO BEEN FROZEN IN BANK ACCOUNTS.  IT IS NOTED THAT SOROS IS DOING MASSIVE SELL OFFS OF STOCK IN FACEBOOK, TWITTER, AND OTHER HOLDINGS.  HE HAS REPORTEDLY BEEN DONATING HIS REMAINING DOLLARS TO OTHER FOUNDATIONS.  SPECULATION IS THAT HIS BANK ACCOUNTS ARE BEING FROZEN RIGHT ALONG WITH THE HOUSE OF SAUD.