CRUZ WHY ARE YOUR KIDS WITH MELANIA? - The Marshall Report Skip to the content 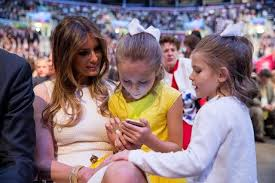 How many others are tired of the lies and the spin from Ted’s snake oil mouth?  I have had enough of his lies of Trump attacking his family. Trump has never attacked Ted’s kids and he never attacked Ted’s family.  He retweeted a tweet from someone else after Ted attacked TRUMP’S WONDERFUL WIFE!
Okay women…this question is for you.  If you were attacked publicly by anyone in the media what would you want your knight in shining armor to do?  Ignore it or come to your defense?  Now….I thought you would agree you would want someone to come to your defense.  Now let me ask you another question….if your husband did something that provoked another persons wife would you think that was fine?  Or would you say,
“Why on earth did you do that? Were you so stupid that you thought he would just ignore it?” 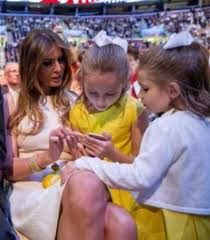 Now, what I want to know….why on earth was Melania baby sitting the Cruz girls?  Or let me rephrase, why was Melania with the Cruz kids entertaining them?  Actually if you look at the photos….these are the first I have seen that the kids are looking naturally happy interacting and not like posed dolls.  So, it looks like they loved Melania.  Enough said.
I am curious as to how the Cruz kids ended up with Melania.  Is any one else?
Dianne Marshall