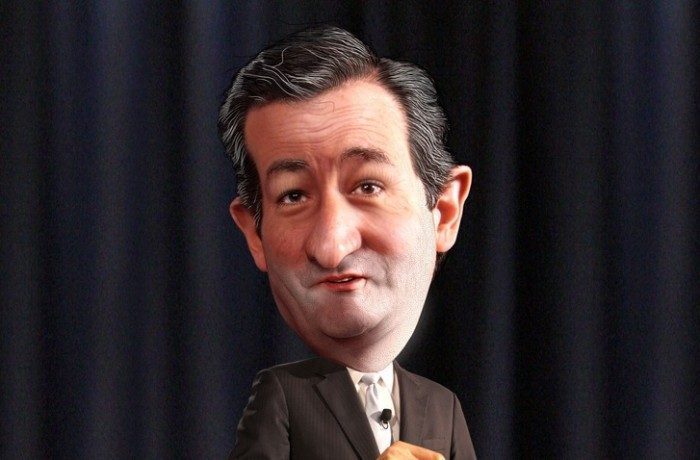 So Ted Cruz blamed Trump for the MoveOn.org, Black Lives Matter and all other hate organizing groups protesting in Chicago because Trump stands up for calling things what they are?  Because Trump doesn’t like watching people punch at his supporters?  He doesn’t like watching drug cartels smuggling narcotics across our borders, nor likes to watch illegals enter into the USA and not follow legal immigration laws? What is wrong with wanting to enforce the laws on the books regarding our borders?  What is wrong with wanting to protect US citizens from ISIS posing as refugees?  The list goes on and on, but, Cruz is interested in cheating, lying, encouraging left progressive activist groups to riot so others can not exercise their first amendment rights, nor have safety attending a rally (AS LONG AS IT’S NOT HIS).  Instead, he endorses the George Soros organized riot groups and creates a false scenario to  blame Trump for standing up for the first amendment rights?


.It is becoming apparent  that Cruz is not American at heart. He only has memorized quips in his head to deceive the uninformed. It is now obvious to all that Cruz stands more for the progressive left leaning extreme thinking who stand up in support for those who want to ignore the laws, create strife, spew hate, and destroy America from within. He seems to be advocating for those who want trade deals and support ideology that cripple the business economy and diminish the lives of  American citizens who want a job to provide for their families and protect their children’s future. Those who do the dirty street work for the Van Jones -“Top down, bottom up, inside out” philosophy.
https://www.youtube.com/watch?v=pmxBp4IFe_I
What Cruz is doing is lower than low and it has cost him a lot of his own supporters. Cruz failed to even talk about the first amendment rights being taken away from thousands and thousands, and instead blamed Trump….Ted’s words translated like this – “To hell with the constitution and to hell with American values – I stand by the activists groups who have every right to interfere with a planned event and do harm to others because they don’t like what someone else is saying.  We must all oblige to radical groups and be politically correct otherwise….you get what they dish out to you, laws or no laws.”
Cruz supporters were appalled at Ted’s news speech siding with the Chicago thugs. His Face Book page lit up with remarks denouncing their support for him and other interesting things. So, his Karma set in faster than usual this time.  People are slowly waking up and looking at the pathetic man he really is and they aren’t liking the real Ted.
Speaking of Face Book, a person (name withheld) posted the following:
“IT WAS CRUZ PEOPLE WHO OFFERED MY DAUGHTER AND HER BOYFRIEND “LOTS OF MONEY” LAST WEEK TO HELP START A RIOT AT THE RALLY LAST NIGHT THEY CUT THEIR VISIT TO CHICAGO SHORT AND WENT BACK UP TO CANADA TO BE AWAY FROM THERE. NOW THEY ARE SCARED TO BE IN THE STATES BECAUSE OF THE CORRUPTION HERE.”
So, didn’t Cruz say yesterday also that a candidate should be held responsible for his campaign and what goes on with its’ people?  Didn’t he blame Trump for his supporters?  So….let’s look into this and see how many more people were offered money by Cruz  people to take part in starting a riot at a Trump event!
https://www.youtube.com/watch?v=B2i8XrrlSM8
After the Chicago rally was shut down, Trump did not stop.  He held three rallies today, and at the Dayton Rally an attempt was made on his life.  Watch Trump at the end of the video when he is under threat and has secret service guard him from a man (allegedly an ISIS supporter) who was rushing toward the podium to do him harm. After a brief disruption, Trump continues on with his speech like an American Buffalo that merely had to swat a fly!  That’s the man I want to see lead this nation!
https://www.youtube.com/watch?v=hNelSuoHzlI
President Trump a man of courage, grit and a mission to make America great again!
Dianne Marshall