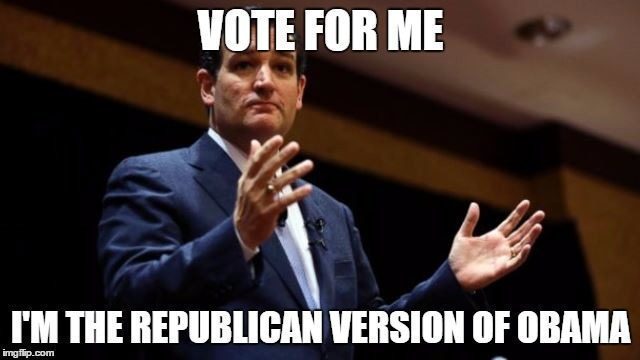 Those who know history will remember the controversy of the George W. Bush immigration policy and how Cruz helped write the domestic policy for it. Yes he did.
As Bush used to say often, “Family values don’t stop at the Rio Grande.”  Yet now, another saying  being heard by Cruz is, “I’m opposed to a pathway to citizenship”.  Facts are facts and what many may not know or remember is that  Cruz helped craft the Bush campaign’s immigration policy, which called for speeding up the application process, increasing the number of work visas, and allowing the relatives of permanent residents to visit the U.S. while their applicants were pending.
So when Rubio calls out Cruz on his double talking….in this case, Rubio is correct. For not only did Cruz help to lay the ground work  for Bush that led to more out of control illegal immigration, the same policy was the forerunner to proposals of the future Gang of Eight. Not to mention that Cruz recently worked diligently to push more B-1 visas.
See article here: https://www.theatlantic.com/politics/archive/2013/05/when-ted-cruz-helped-craft-bushs-immigration-reform-plan/276167/
Dianne Marshall