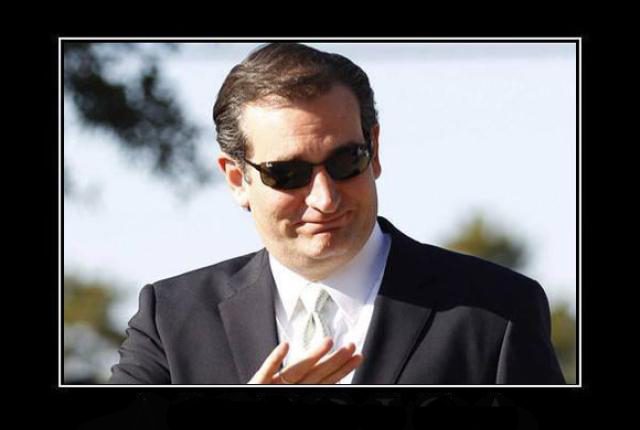 As a Christian I cannot support anyone who has the theology of the Seven Mountains of Dominionism.  I do not believe we are to perfect the world and rid it of all nonbelievers before the Lord returns.  I do not believe that God’s people are to become perfected and rule the world in peace before the Lord returns.  I do not believe that Christians who believe the Lord returns to rid the world of the ungodly and all their ungodly deeds as the Bible says in Jude and throughout are wrong teachings. Therefore, I cannot follow man made doctrine  of private interpretation that goes against what the Bible clearly states.
If you are a Christian and you believe the teachings of the Seven Mountains of Dominionism then Cruz is your guy.  For this is his religion and this is his concept of Christianity.  He also has been anointed by his father, Rafael to be the one to rule society to usher in this utopia so the Lord will return.
This is not my trashing of Cruz, this  is my  WARNING to all who believe that his evangelical roots are the same as yours.  Always look at the roots, don’t be confused by the branches.  All trees have them.  Look at the roots. If you believe in these things, so be it. I can not follow anyone who has come to me with another doctrine than the one in the gospel.


New World Order Religion in the form  of the 7 mountain apostasy! If you like this, you will love the new world order.

This is what it is.   This is the biggest reason I can support no part of Cruz.  I am awake and this is not what my Lord said to follow.  Well meaning people follow those who use the name of Jesus and often do not see the scriptures that are falsely interpreted.
Dianne Marshall
John 18:36 Jesus answered, My kingdom is not of this world: if my kingdom were of this world, then would my servants fight, that I should not be delivered to the Jews: but now is my kingdom not from hence.