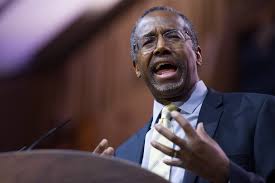 So what is the deal here?  Has Carson sold books and influenced youth in Baltimore based on a fabricated blend of fictitious stories to help change lives?  Or has he been on an ego driven escalator and now that he’s made it to the top he has no where to go as his past imagination catches up with him?

Why would he tell Buzzfeed that his stabbing story is true, then slant it to refer to the old game where you whisper something in someone’s ear and by the time it goes around to the last person, it is now a different story? Why would he say, “That’s what we’re talking about here.”?

How is that game okay when it comes to writing a so-called true biography and running for the highest office  in the land?

What else was a whisper?  What else was just a silly game that is now simply misunderstood by a seemingly innocent society who believes what they are told for they felt that a so-called honest, quiet doctor would never tell a lie?    Is this the Carson they thought they knew? Is this the serious doctor who would  never play silly games with the truth and has the gifted wisdom of Proverbs? Or was this all a whisper?