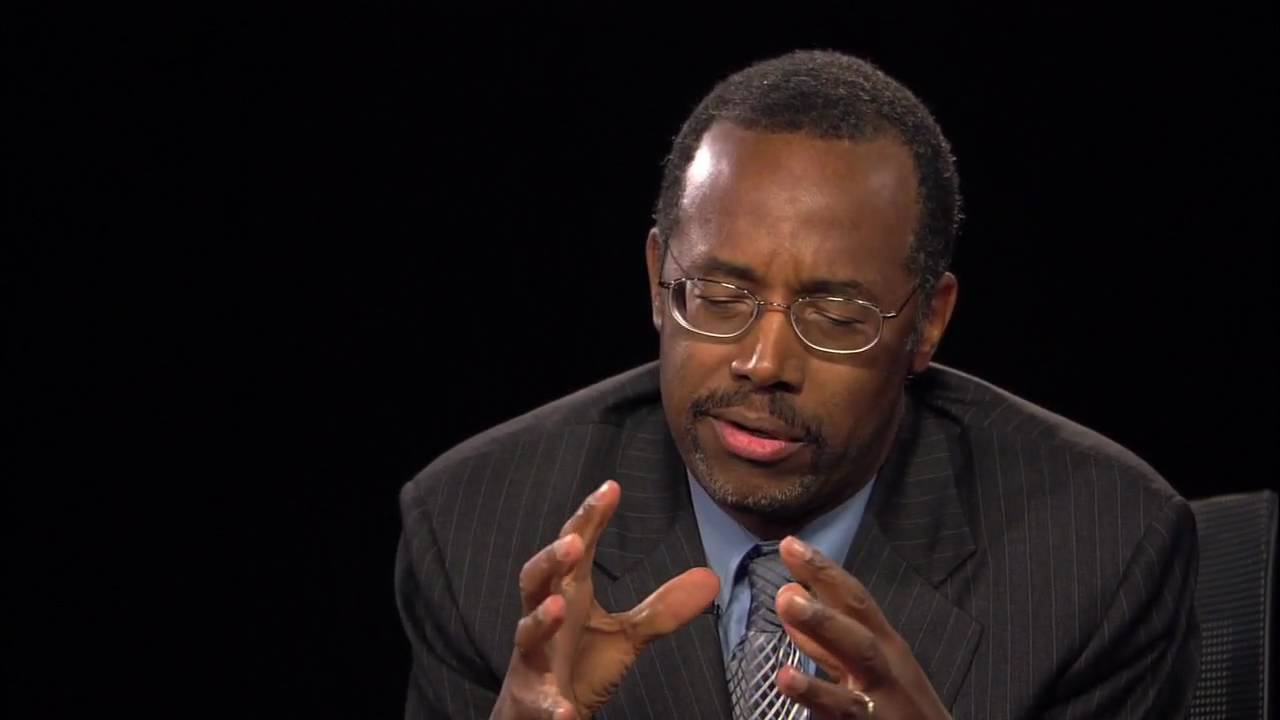 Carson showed no remorse for almost killing another kid and taking his life, let alone all his life dreams away. Instead, Carson said he was horrified because his own dreams might not be fulfilled? This is classic sociopathic behavior.

At the age of 14, after attempting to stab a kid and his victim’s belt buckle breaking the blade, Carson said he fled in terror. Then he said, “But I was more horrified than he was, because I realized that I was trying to kill somebody over nothing — and that I would never realize my dreams of becoming a physician. And I would end up in jail, reform school, or the grave. And I just locked myself in the bathroom and started praying …”

How in the world can this arrogant man named Carson dare to say he was more horrified than the child he just tried to kill? If psychiatric statistics serve us correctly, the horror of such an attempt on ones life generally affects the person forever. To have an attacker come at you with a knife out of the blue and try to kill you is mind altering. It is not a thing you just forget.

Oh but in typically sociopathic behavior, the world evolves around the perpetrator, never the victim, therefore Carson in his mind and by his own warped sense of admission said, “I was more horrified than he was.” And why? Because he might not be able to fulfill his dreams. He was not concerned of the dreams of his would be victim. Nor the fact he almost took a life, nor the impact the victims death would have on the victims family? This type of thinking, is how he feels to this day. It is in his book. Every time he tells the story he tells it in this way. And people listen and very few, if any, hear the arrogant sociopathic sentences.

When he went after his mother with hammer in hand and flailed it back to hit her in the head, and thrust it forward his brother grabbed the hammer from behind, preventing Carson from cracking his mother’s skull open. How does Carson respond? God was with him and prevented him from harming his mother. Just as classic sociopathic behavior is described they never think of the impact on their victims only the impact on themselves. So did Carson ever think that perhaps God was with his mother, protecting her? And his brother was sent to grab the hammer as he was thrusting it forward, after Carson raised it back to insure a greater wallop? No he does not. He sees only how his God saved him, and to this very day repeats the story in the very same words.

Carson has repeatedly stated in his books, lectures and on the campaign trail that he had real anger issues and was irrational.  He would fly off the handle and attack others with baseball bats, hammers, and whatever.

Carson never underwent any professional help (at least none that we are yet aware of). He merely self calmed in the bathroom with the Bible and in all the strange setting of a thriller novel, came out of the bathroom a silent time bomb…with new found powers of self and proverbs now developing his own philosophy of life. Classic sociopathic behavior.

NOTE: Sociopaths are people who are capable of deception to an extent that most normal people cannot even comprehend. They are remorseless, manipulative, and have a complete lack of conscience.  They have a difficult time making direct eye contact and generally avoid such when confronted on a behavior. They look down, off to the side or close their eyes when answering.  Listed below are the classic symptoms of sociopath, though the list below is by no means all the symptoms.

Superficial Charm: One of the symptoms of a sociopath is exhibiting superficial charm. Many individuals with this disorder exhibit surface charm that masks their real nature. They are often very good conversationalists, with an innate skill to talk themselves out of tight spots.

Pathological Lying:  A sociopath is most likely to be a compulsive liar or a con artist who will deceive without compunction. Such a person can lie with complete confidence and some have been known to even pass lie detector tests.

Absence of Regret, Remorse, or Shame:  Sociopathic characteristics include the inability to comprehend the emotions of guilt, shame, or remorse at their behavior and its effects on other people. These people are incapable of feeling any attachment to others and will use people for personal gain without the slightest feeling of guilt.

Juvenile Delinquency: Many people diagnosed with APD will have exhibited violent and/or criminal behavior as adolescents. Juvenile delinquency is one of the factors considered as a symptom when diagnosing a sociopathic adult.

Egocentric, Narcissistic, Inflated Sense of Self:  People with sociopathic tendencies live with a deep-seated sense of superiority. They perceive themselves as overly important, to the extent that they exhibit rampant disregard for societal welfare.

Manipulative: Most sociopaths will use their manipulative skills to get their own way. They may exhibit behavior that seems to indicate care or love for somebody, but this is just an act, and their victims the means to an end.

A Religious Sociopath is a highly intelligent person who is manipulative and cunning with superficial charm. Justifying his selfish motivations as permissible because “God wants me to do it for the good of the group,” he does not recognize the rights of others. His motivation is sometimes revealed in the indecent ridicule of humiliating victims, justifying it by saying he needs to “keep order” or to “protect his flock.” If he can get away with the ridicule, he gains more control.