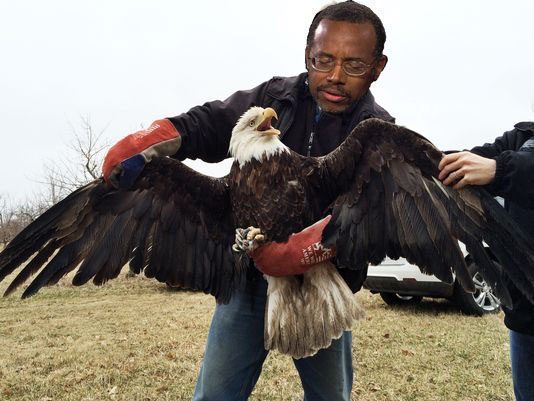 As Dr. Benjamin Carson says, “The Bald Eagle can soar because it has a LEFT WING AND A RIGHT WING.”

Well, many say he has a point there and ignore the words for what they truly mean by passing them off as a brilliant philosophical statement to ponder. Then they marvel at his sly words to unite.

“We can no longer continue this tug of war over direction, each wing determined to pull its own way. If both sides refuse to come to the table and work to find solutions to our problems, we will be grounded forever as a nation. We all lose.”

So it sounds fair enough right? It gives the breath of true partisanship right?

Let’s ask Trump’s eagle Sam. After all, he is an Eagle and he does have two wings and he uses both to fly high and soar.

REPORTER: Sam, what do you think of Carson’s philosophy?

SAM: Whereas I do have a left and a right wing as all Eagles do have, there is more to soaring than just two wings. Two wings are not what makes an eagle as myself soar. As you can see, I have two wings, but in 1993 I was hit by a car and lost part of my left wing. I was unable to fly as high as before, nor hunt or enjoy the days that I once soared. A government project took me in and cared for me. I’ve been with them now for 25 years. 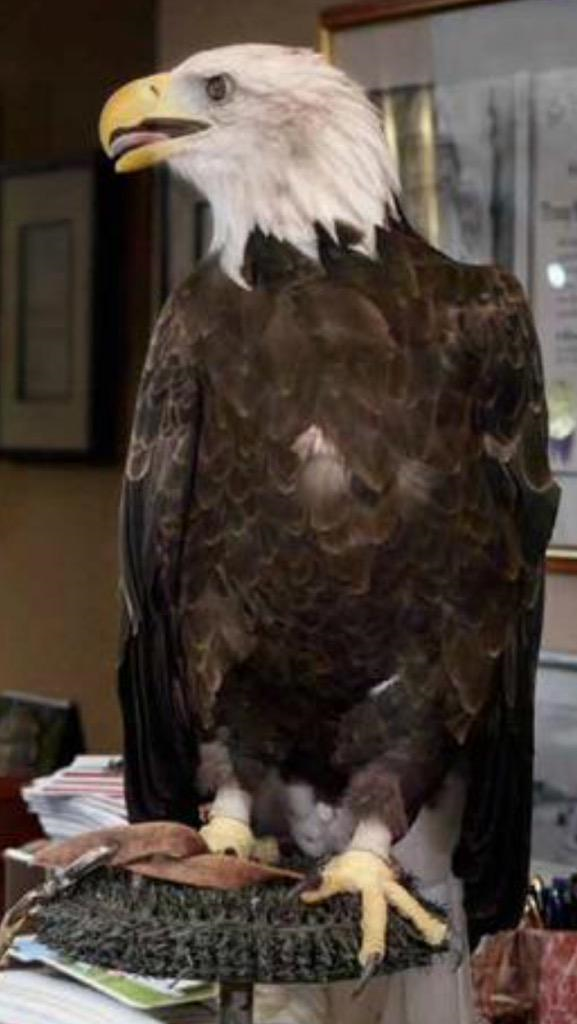 REPORTER: Sorry to hear that. So how would you view Carson’s idea? Would you say he’ s right, as long as you’re not hurt that is?

SAM: In a manner it could be perceived as winging it. For to speak or act without preparation is the very act of doing just that .   You see, every eagle must LEARN how to fly and hunt and to soar. We learn by observing our parent eagles. We are not born with the instinct to just leap from the nest and soar.

REPORTER: I never knew that. Interesting.

SAM: You see, we eagles are a lot like humans. We bond with the first moving object we see. Regardless of whether it is our natural parent or not. We follow the one who guides us (or adopts us) until we are raised. We learn what we are to do and how to do it from whatever the one we have bonded with shows us.

REPORTER: Wow, it does sound a lot like being human. But you were once able to fly as high as you desired and soar. You seem okay with it? I mean you can still fly just not as high, right?

SAM: I was not born in captivity. If I had been, I would never have missed the joy of my freedom. For I would have followed the one I bonded with and accepted what I was taught as the way my life was to be. But I was born free and taught how to hunt and to soar. It was a hard struggle, yet, I have learned to accept my fate and trust those who now care for me.   But I will always remember my days of old, of soaring and freedom. That is the only thing that keeps me from totally dying inside. That knowing I once soared and remembering how it felt.

REPORTER: I am relating to what you are telling me. More than you know. So what would you tell Carson?

SAM: I would tell him that to say you have two wings, one on the left and one on the right and you will soar is wrong. It depends on what type of role model you had. Who taught you and what you learned. You will always cling to the one who you believe you are most like. You can not serve both.

I believe the American symbol of an Eagle is representative of the same Biblical principals our nation was founded upon. For it was founded by a people for a people whose Christian foundations BELIEVED that learning to fly and to hunt must be learned by a people through solid role models in order to rise above circumstances that hold one back.

The guidance required to make one strong and independent, to know the right way to go is taught in the family unit, not in a village that only clips ones wings and hold one down from the cradle to the grave. As proverbs 22:6 tells us, ” Train up a child in the way he should go, and when he is old he will not depart from it.”

America is at a cross roads and is in dire need of a Great Eagle like Trump to soar ahead and show us the way. A leader for a people to learn from and to know that by his leadership each generation born will have the opportunity to see and learn what it takes to fly, to hunt, and to soar like the true American eagles they were meant to be.