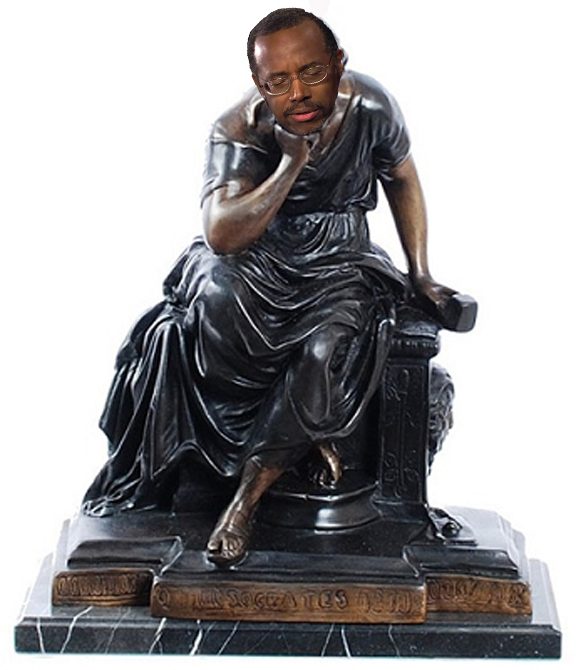 A lot of democrats seem to think Carson should run on the democratic ticket.  I found this interesting.  They say he would do better than Biden.  One of the most unusual things I found was that they believe he would be better for the unions and keep America safe because of his love for Israel.  So I asked myself, “How is he going to create jobs?  And how is he going to keep America safe, especially when he is pro amnesty?”

So I dug a little deeper on his policy ideas.  Much more than the obvious policy blunders he so indecisively shares. (It does keep evolving, each day it is something new.)

Just as I thought, his policies continue to evolve, and he speaks one thing to minorities, one thing on cable news, and another thing on the campaign trail. So, if you want a philosopher who continues to tinker with the ideas verses reality, verses what could have been, verses what is….with no clear concept of how to lay out and achieve his philosophy, then Carson is your guy.

His ideals change as often as Paris Hilton changes her wardrobe.  However, Hilton has a better roadmap laid out on how her fashion will adapt and achieve her desired result.

For example:  Carson has stated that we should have a wall on the border, but, America lacks the will to build one.   So?  Is he going to build one?  Or is he not?

Carson says we need to stop illegal immigration.  But, he is for amnesty and illegal work permits.  So what is he for?  What are his plans?  He doesn’t seem to believe it is possible to deport a vast number of illegals, therefore  he has no will to do it.

We need to reconsider Carson’s strengths.  It appears he has great ineptitude at philosophizing and little skill at practical application of his concepts.  His platform will only work if people decide to follow along and each one do the right thing.  Those who oppose and do their own thing will merely lack the will to make America Great Again, therefore, as Rome (he quotes a lot)  we shall fail for we lack the will to do what it takes to keep her strong.

On foreign policy, Carson is unclear on what to do with the present situation, he is only strong on how he felt we should have never gone to war in the middle east.  He has stated that he would have gotten Hussein, and Osama in other methods but failed to state what those methods would have been.

In his book America The Beautiful he states, “We need to clarify our goals not only in the Middle East, but around the world. These should not be partisan issues.  We cannot afford to change our goals with each administration. We must also not waste this opportunity to learn important lessons. We do not need to draw red lines in the sand that telegraph our intentions. Rather, we need leaders whose foreign policy is guided by America’s best interests, rather than their own political motives.”

It is obvious he is not aware that the foreign policy America has favored and  followed  has been one of aggression and nation toppling.  Will he ever philosophize the folly in that?  Does he have a new foreign policy concept?  Or is he just of the opinion it wasn’t implemented well?  We all can see that.  What are his ideas to change that?

Let’s see from another excerpt in his book, “If a bully faction or bully nation is beating up on those with whom it disagrees, we should immediately stop them with brutal force, if necessary, because it is the right thing to do.”

Just as I suspected, he does not understand the folly in our present foreign policy.  For we have been the bully nation for quite some time now and Obama isn’t letting up.

He is for stem cell research, (which requires fetal tissue) but only if the fetus is dead. Another brilliant remark?

People become gay when in prison.  It is a choice.  They should not be allowed to marry, but they can be allowed to have a same sex partner?  Now it is okay because it is the law of the land.

Well he has said, it isn’t his fault that people do not know where he stands on the issues, for no one has asked him yet.  Yes, he has said that.  So people, start asking your questions differently,  he doesn’t seem to comprehend what a question means.  For example, he has been asked where he stood on gun control. He offered his philosophy that people in the country can have guns because they are too far away from getting help, but in the city they should not have them.  Makes one wonder if he understands what the 2nd amendment is all about.  So when that question was asked,  he responded that people didn’t understand him as he is for the second amendment.  So, it’s all in how you word the question, or so it appears?  Or is it how you respond to his answers?  Who knows?

If you want a Doctor who is great at philosophy he’s your guy.  If you want a man who can lead America out from underneath the establishment’s fist, you need a Trump.  That is the way it is.  Pure and simple.