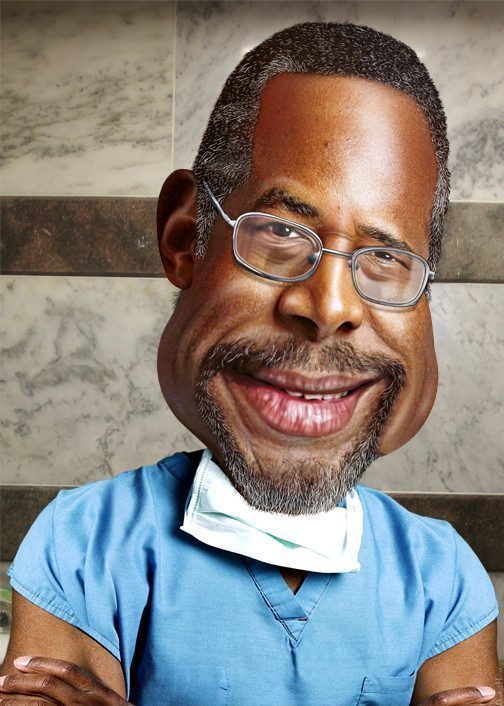 We all know Carson was busted for his lie on Mannatech and his endorsement years.  Heck, he endorsed the company again at the recent debate.  But, now we have his Popeye Chicken robbery story and finally someone else pointed out my exact question….why was Carson a proclaimed vegetarian in a meat eaters chicken joint? Don’t tell me he just loved the great biscuits.

It is now clear that no one ever heard the story before he first told it at an event, and in spite of Armstrong Williams claiming it was in one of his first books titled “Take The Risk”, it is no where within that book nor any of his books.

It all started when Carson made the claim that if someone had a gun and threatened a group he would tell the rest to all rush the guy because after all, he can’t shoot all of us.  Right?  Then the next day he claimed he was actually in a situation at Popeye’s chicken where he told the gunman to go after the guy next to him instead.  I really don’t know which story is worse for him?  The theory of rushing a guy in lieu of owning a gun, or the made up story of throwing an innocent person under the bus.  One day he is brave, the next day he is a coward?  He should just carry a concealed weapon and self protect.  Either way, the chicken story other than revealing perhaps his true self, is a bold face lie as far as actually really taking place as the Baltimore police can find no records to substantiate Carson’s story.

So, it appears Carson can lie without any problems.  He can throw people under the bus as he did those he endorsed with Mannatech and he loses no sleep over it as he is always napping as we see on camera.   At least that is the appearance he gives when his eyes are closed 90 percent of the time.  He takes all the credit for his successes and blames others for everything else.  Be it society, government, people, media, etc.

Now, what I am waiting to see fact checked is his “A”  on his chemistry test final that allowed him to recieve double credits to pass his course and be eligible to be a doctor.  He did not cheat unless having a dream the night before that gave him all his answers would be considered cheating.

So did he ace the test really?  Or did he just say that?  He has said he was a terrible student – and not just once, he said it a lot of times.  Did he find a way to otherwise ace the test?  Did he fail it?  Barely pass it?  Or did he tell the truth and it was all given to him in a dream, and he miraculously remembered all the answers from his dream, but failed to remember anything from class?  Does anyone else’s head hurt yet?

Meanwhile,  Fact checkers confirm Ben Carson hasn’t made one true statement since his campaign began.  But, I am sure there has to be at least one thing he has said that is true. Perhaps many things.  Like the statements he says the media got wrong.  Like those statements.