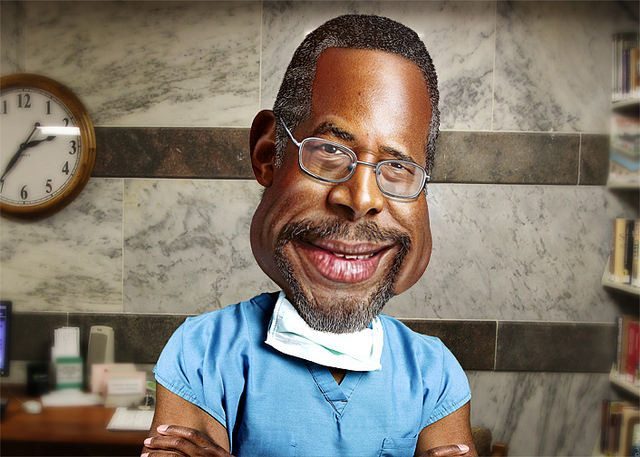 Racist issues have been a problem for Carson for a while but, especially now that he is on the media stage running for office.  He has spoken out against what he feels and then when it suits him he calls others racist.  Haven’t we really had enough of all this?  He blames others, stereo types in generalities and puts people into groups calling them  “ALL”.  Watch the interview below where Carson tells Mark Levin that all left liberals are racist.  Among other foot in mouth comments.  I do not think Joy Behar would like hearing that.  Or Michael Moore?  Do you?

Another interesting fact coming from the mouth of Ben Carson himself is that it is time for black people to quit being patted on the head and being treated like a pet.  Watch the video below. Minorities and all poor including the white class, have had more programs to assist them in getting an education and bettering themselves than any time in history.  Sadly, working families hit by job loss and a bad economy have not had the assistance to get back on their feet as those who have chosen to be dependent on the system. That is just a fact.

“My brother was gunned down like an animal?” is that a racist statement?  It seems to be according to Pastor Manning.  And he has more to say on it listen to video below.  Seems he shared a platform with Al Sharpton and spoke the speak to the group that rallys with Sharpton.

“When it comes to racism it doesn’t matter if it’s an M.D. man or a shoe shine boy”, Pastor Manning.

It’s time to simply look at what is inside the entire package and quit acting like the Doctor doesn’t have deep loyalty to his own prejudices.  That is all I am saying.

It’s like this people,  I love fried chicken.  I could go out on the circuit and yell the evils of fried chicken and even talk about the evils of the industry standards of packing them in like sardines and pumping them full of antibiotics.  I could do this for a long time….but believe me, sooner or later I would be sneaking off to Popeye’s and getting me some to eat.

P.S. America is facing big issues and it will take all people working together.  Do we really want another term of discussing issues of Sharpton and Jackson, or do we want a term of working together, creating jobs, and Americans being as one?  Trump has already attracted 25 % of the black community, something no other Republican has ever done. And he is leading in the Hispanic vote as well. He knows their issues and he will get them jobs!  That is what they say they are wanting most.  He has a tax plan made to help the 99 percent who work and aren’t rich.  So let me add one more video.  It wouldn’t be complete with out the sisters!  They just say it like they see it!