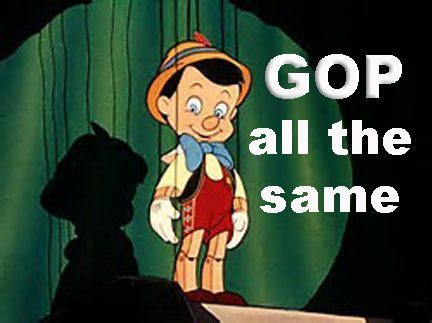 After watching the real time display of the GOP and it’s antics in the primaries so far. Things like making Trump sign a loyalty agreement?  Why?  Because he is the only real establishment outsider, I guess? No one else had to sign one….guess GOP knew the donors would keep the others in line, that seems to be how it all works.
Other antics included the GOP’s lack of doing anything about the voting fraud shambles in Iowa, saying there was nothing they could do about shame mailings, lies about Carson suspending his campaign resulting in vote grabbing, not a peep about Microsoft machines not working correctly to tally votes.  Then in Virginia the republican party made sure loyalty pledges would be forced on anyone changing their voting status to republican in Virginia.  That, however has been recently annulled.  Not because the GOP leaned on the state of Virginia to drop the pledge….but because Trump went to bat for the freedoms and liberties of the people in the good state of Virginia.
The same state that is being hammered by the Obama Cap and Trade policies for their coal.  Where are the other candidates on this issue that is affecting 27 states or more and every consumer who purchases a thing called “electricity” to light their homes and run appliances and drive their world web? If the news isn’t talking about it, there is a reason.
So far Trump is the only one standing up and saying Climate Change is a hoax. Bernie is for climate change and the establishment candidates who are donor owned, are  parroting the reasons climate change (formerly global warming) is needed to sustain our planet in the 21st century and beyond.
People are waking up and turning off their TV’s in anger of the lies being told.  They know what needs to be done and it sure isn’t pushing establishment goals that are strangling America.  Common core and Obama care were not wanted, yet the establishment pushed it anyway. TTIP, and TPP trade acts aren’t wanted, but they are pushing both anyway.  North American Union is not wanted but they are working to advance this anyway.
Isn’t it time to vote for someone who is not owned and already wants the same as you want on the main issues that need done?  That is why America needs Trump.  He’s already fighting for what we want.
Dianne Marshall