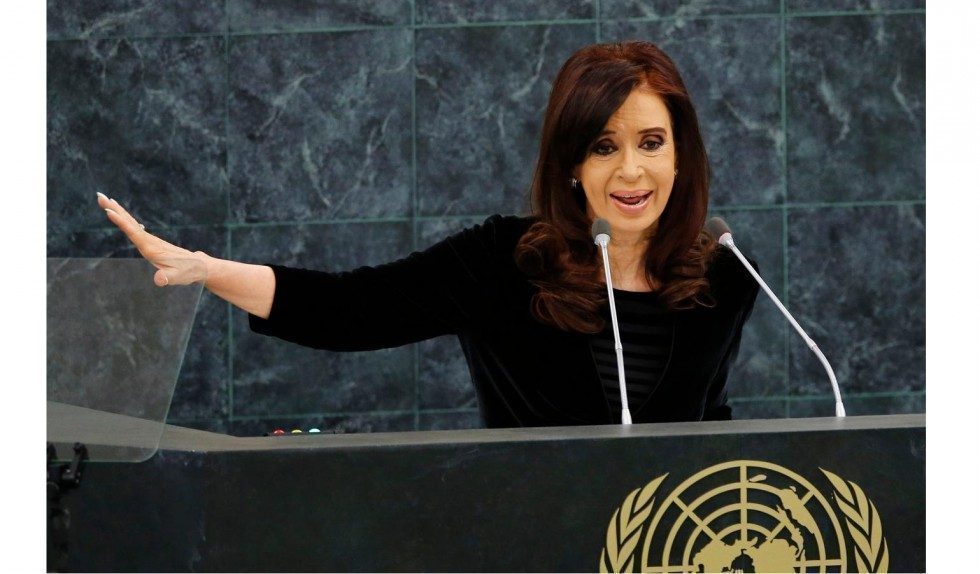 The President of Argentina – Christina Fernandez de Kirchener announced before the United Nations that her nation had been approached by an Obama administration official, Gary Samore, former White House Coordinator for Arms Control and Weapons of Mass Destruction, requesting them to provide enriched nuclear fuel to the Islamic Republic of Iran in 2010. (Samore did not dispute this claim).

The request fell short when Kirchener asked for the deal in writing and Samore was never heard from again.

Samore did release a statement admitting that he made the request in 2010 and Argentina balked at the deal. He also admitted that he had approached France and Russia with a similar proposal. That deal fell through as well. The deal was supposedly to allow Iran to send their low enriched uranium to Russia to enrich further, then send it to France to finish converting it into nuclear reactor fuel then send it back to Iran for its own use. Supposedly in an effort to prevent Iran from weaponizing its uranium stockpiles. That deal also fell through.

These deals lead to a new U.N. resolution that increased economic sanctions on Iran. And eventually to the bargaining table for the horrible deal Obama has worked out with them this year.

Obama’s White House administration has not responded to these potentially treasonous allegations as of yet.

The real hard question that needs to be asked is this- what is the Obama administration’s real goal?

Watch video below to hear President Fernandez speak out about Iran, the USA and Obama’s treason – beginning at time frame 16:40.