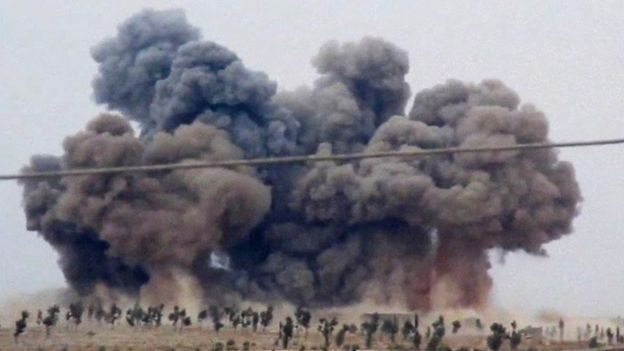 1:21: As just reported by Syrian sources, one hour ago Russian aircraft launched a heavy attack on an ISIS convoy moving along the Al-Hasakeh-Al-Shadadi highway.

In dong so, air and space forces of Russia cut the main transport hub by which the terrorists delivered fuel, food, and ammunition to combat areas, thereby providing an invaluable service to those Kurdish resistance brigades fighting ISIS at that sector of the front.