Dennis Etler, professor of Anthropology at Cabrillo College in Aptos, California, exposed the war on terror  stating the United States has launched the so-called War on Terror in an attempt to maintain its global hegemony and counter the rise of a multi-polar world led by Russia and China.
Etler, in an interview with Press TV, was asked to comment on a new poll which shows the percentage of people in the U. S. concerned about terrorism has risen to the same level in the weeks following the September 11, 2001, terrorist attacks.
He stated that the war on terrorism has been pursued without interruption since the late 1990s and framed as the foundation for U.S. foreign policy by the Bush administration BEFORE the 9-11 attacks. He further stated that this policy has served as an excuse to invade one nation after another.
“The ‘War on Terrorism’ has been used as justification for the invasions of both Afghanistan and Iraq and their subsequent occupation by Western forces led by the US and NATO. Although the Obama administration was elected on a platform of ending the wars in both Iraq and Afghanistan they have continued with US involvement. The ‘War on Terrorism’ is still a central tenant of US foreign policy and has spread to Syria, Yemen, Pakistan and areas in the Horn of Africa and the sub-Saharan region where US troops and advisers have been deployed to combat terrorist activities,” stated Etler.
He added that the ‘War on Terrorism’ has led to a string of major terrorist attacks in the homelands of US allies that include deadly attacks against civilian targets in London, Madrid, Paris, and the US besides elsewhere. “The most recent slaughter in San Bernardino, California has revived fears of further terrorist attacks.” he stated. 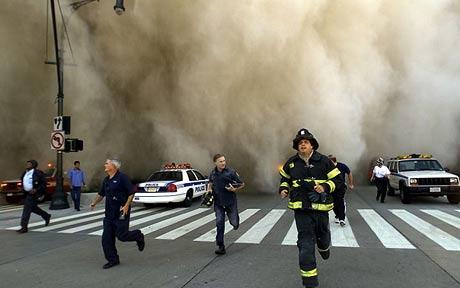 Professor Etler stated that the ones who benefit from the chaos and  hysteria that has engulfed the Middle East and other regions of the world are the U.S., Israel, Saudi Arabia, the other [Persian] Gulf States and Turkey who want to see the defeat and destruction of anti-imperialist nations, be they secularly or religiously motivated.
“The US wants to maintain its position of global hegemony and counter the rise of a multi-polar world led by Russia and China. One way of doing this is to fan the flames of war and instability on their borders, hoping that the destabilizing effects will spill over and threaten them at home.” said Etler.
America is now witnessing the fanning of the flames of war and watching those behind it join together to attack Donald J. Trump who is speaking out with common sense ideas that will thwart it.
Etler went on to say that Israel hoped to use the chaos to consolidate its hold on Palestinian lands and allow them to conduct terror campaigns of their own in Gaza and the West Bank in the name of the ‘War on Terrorism.’
He pointed out that Turkey under Erdogan’s leadership wants to use the ‘War on Terrorism’ to expand its influence into Turkic lands in Central Asia, including China’s Xinjiang.  While Saudi Arabia and the [Persian] Gulf states want to use their Salafist clients in order to extend their influence throughout the Middle East in contention with Iran and its allies. 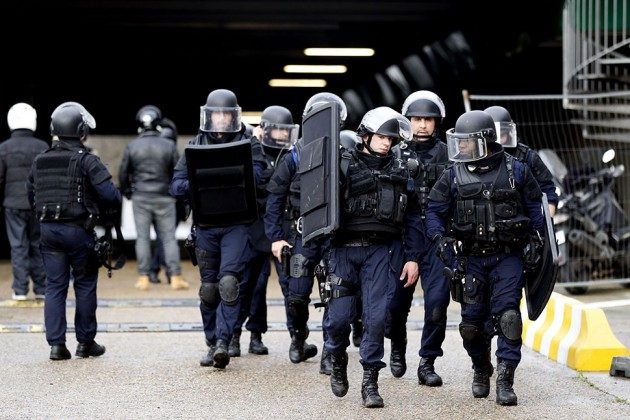 Etler’s  analysis of the war on terrorism is bringing the entire muddled picture of the Obama administration and the establishment elite’s end game into focus.  Especially with his explanation of “who benefits from terrorist acts?” He states it serves the purposes and interests of those who are behind it while the real victims, including the toppled nations are destabilized by terrorism and those that speak out against it are falsely accused and labeled as those who are contributing to its rise and problems. We are seeing this being played out in full force against Trump and Muslim’s, along with anyone  who have stood with him on his remarks to temporarily halt Islamist refugee immigration. It is obvious to all that it goes against the plan.  The plans we are not supposed to know about.
As Dennis Etler points out, it doesn’t matter whether it is done with willing pawns (mercenaries) or autonomous actors, as long as it is carried out.
“It thus matters little as to whether the terrorists are willing pawns of the imperialists, their dupes or autonomous actors with their own agenda. It doesn’t make one whit of difference as to whether the terrorist attacks on civilians are ‘false flag operations,’ ‘set-up jobs,’ or simply attacks motivated by a malignant ideology. In any case the attacks serve the interests of the cabal of imperialists commanded by the US which includes a motley assortment of Zionists, Salafists, and Panturkists.”
Etler ended his remarks with a very eye opening conclusion, “Homeland terrorist attacks play into the hands of those who want to continue to wage war against those who are the primary victims of the terrorists that the US and its allies train, fund and supply directly and indirectly. It is the perfect example of a thief yelling ‘Catch the thief.’”
Read Full Story: https://www.presstv.ir/Detail/2015/12/11/441321/US-War-Terrorism-global-hegemony
Dianne Marshall