BREAKING NEWS - IT FIRM TURNS HILLARY'S EMAILS STORED IN CLOUD OVER TO FBI! - The Marshall Report Skip to the content 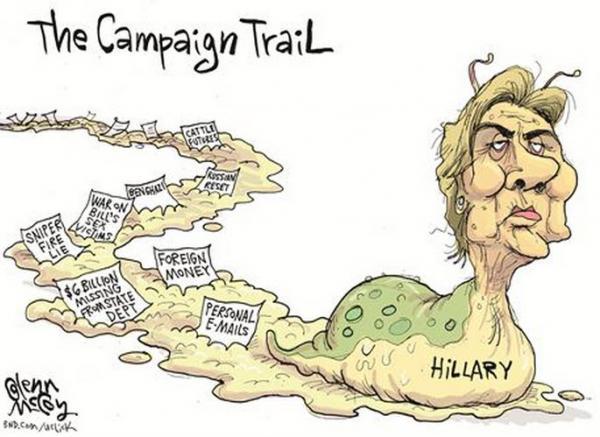 Isn’t it time to just call out Clinton and have her indicted for at least one of the many things they have already found her guilty of doing from the emails they have already discovered?  Or are they just waiting for the mother load to dump at her so all the crap they find will stick:  I am hoping for the later!

It is obvious that Obama and Jarrett are part of this “email-gate” scandal, for it was only after they believed her server to be WIPED CLEAN that they tossed the old nag to the FBI.  Now that they have found out that Hillary’s junk is floating on a cloud somewhere out in cyber space, they are definitely no longer smirking and riding on their own cloud 9!

They have to be scrambling to their establishment puppet masters for what they are to do next.  Or was it the puppet masters plan all along to cook all of their gooses?  After all doesn’t it make sense to blame all things on the three stooges and just start out fresh with a new establishment puppet?  Or are they just trying to cover their own tracks just in case they can not hold back the TRUMP from entering through the White House doors?  Either way it is just getting started.

The question is not whether or not Hilary will be found guilty, we all know she’s all but in jail.  The real question to ask is – what is the establishment up to? Will they simply create a homeland crisis with ISIS and have their puppet declare martial law?  Or will they ax all the stooges and throw all their domestic invasion plans, along with WWIII at Trump once he takes office?  Time will tell. One thing is certain, they are definitely meeting somewhere behind closed doors having a heated debate on what to do next!