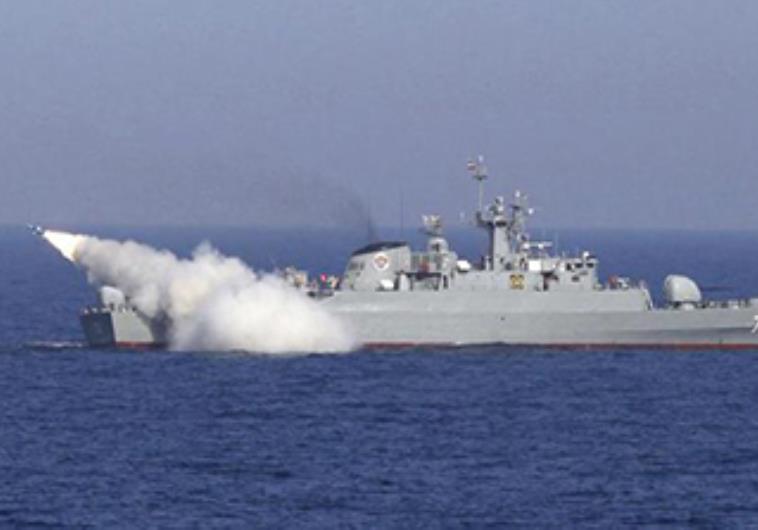 This is a developing story so this is what is in at present.  Updates will be added as news comes in.
Iran has threatened the United States with major losses at sea should they choose to attack Iranian nuclear facilities. Read more here: https://www.jpost.com/Iranian-Threat/News/Iranian-admiral-The-US-can-expect-heavy-losses-at-sea-should-it-attack-Iran-340940
Iran took two U.S. Navy boats into custody.  The pentagon lost contact with the boats as they were moving through the Persian Gulf.  Recent reports state that they will promptly be allowed to continue their journey.  Read more here: http://ecommerce-journal.com/2016/01/iran-takes-2-us-navy-boats-crews-into-custody/
Military spokesman Kyle Raines, stated that Iran fired several unguided rockets approximately 1,400 meters from two American warships and a French frigate.  Commercial ships were also close by.
United States military spokesman Kyle Raines said Iran fired “several unguided rockets” around 1,400 metres from two American warships and a French frigate and that commercial vessels were also nearby.
So far, there’s been no official comment on the latest missile launch from Iran, but state-run news agency Fars said the incident was planned and all vessels in the area were warned ahead of time.  Read more: https://thevillagessuntimes.com/2016/01/13/us-accuses-iran-of-conducting-missile-test-near-warships/
The U.S. Navy released footage showing Iranian Revolutionary Guard vessels firing rockets near warships and commercial traffic in the strategic Strait of Hormuz late last month, a move raising tensions between the two nations despite the recent nuclear deal. The Navy said it released the footage in response to a Freedom of Information Act request, though it is released after U.S. ally Saudi Arabia has cut all ties to the Islamic Republic following attacks on their embassy in Iran after the execution of a Shiite cleric. Read more and watch video here:   https://www.military.com/daily-news/2016/01/11/us-navy-releases-video-of-provocative-iran-rocket-fire.html
This is breaking news.  Updates will come as more information is made known.
Dianne Marshall