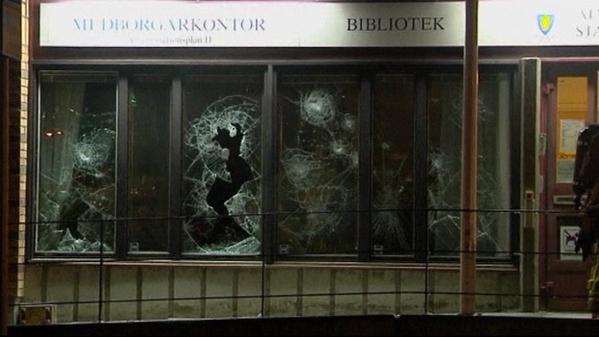 Organized Islamic refugees are shouting death threats in Sweden!  Christian shop owners are being threatened to convert to Islam or die.  The bold move is proof that the refugee program was never about finding safety for war torn able bodied men.  It is apparent that the refugees were plants designed to create chaos in sovereign nations.

Shops have been vandalized with threats in graffiti stating ,“the Caliphate is here” and the Islamic glyph for ‘N’ (ن)written on their walls. In the Arab world, the ن has come to be a sign of persecution, marking inhabitants out as devotees of Nazareth – Jesus Christ – and thus fair targets for persecution.

Bold moves need to be taken to rid the European nations of these terrorists.  In America we need to stop the infiltration of the same Islamic terrorists that our president is sending here.  Send them back.  Deport them all or we will see the same terror in our towns.

Grenade attacks are now common in Sweden, where different migrant groups continue conflicts with explosives imported from Eastern Europe. Who is behind this?  Has anyone asked?  World leaders need to be held accountable and exposed for their part in spreading  Islamic terrorism abroad.