Bikers for Trump rolled in to Wisconsin and upset some anti-Trump protestors that think the first amendment isn’t for all citizens.  They heard the ROLLING THUNDER coming from afar and dang….their shouts just weren’t loud enough to earn their George  Soro’s cash for the day!

Bikers for Trump announced on their Facebook page that “Patriotic Bikers, from all across the United States are planning to show up at ALL future TRUMP rallies to make sure that any paid agitator protesters don’t take away Mr. Trump’s right to speak.
“Or interfere with the rights of Trump supporters to safely attend. WE SHALL NOT BE SILENCED!”
I SAY THANK YOU TO ALL PATRIOTIC BIKERS!  It’s about time Americans unite against the evil tactics paid for by establishment puppet masters.  We all have rights and a constitution!  It’s time to stop the corruption and misguided violence brought on from establishment ORGANIZED thugs. 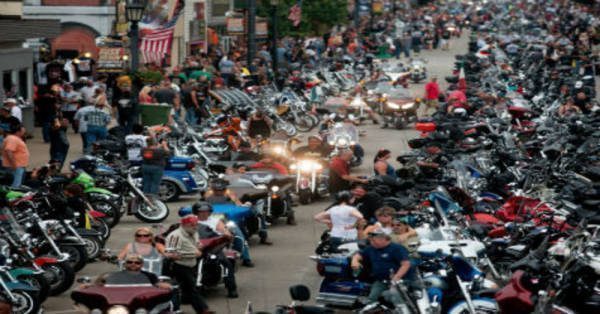 Fear not all good Americans, for they come  in peace with just a roar of thunder to remind protestors that if they want to bring it on- it came and it’s here.  That seems to be all it took to clear  a safe path for those wanting to attend a political rally.
Dianne Marshall
UPDATE:  Some (a couple actually) have been questioning credibility as to the photos due to leaves on trees.  All the photos are Bikers for Trump…the trees have not voiced who they are there for, but some do have leaves, some do not, and many are ever green.  As you can see the grass isn’t very green in spots. But, here are more photos with leaves on trees that say they are for Trump and the event is in Janesville, Wisconsin.  All the photos used in the article and now added, were tagged originally as “Bikers for Trump, Janesville…or Wisconsin”.  It is what it is.  So here are a few more. It did take place, and it did happen.  THANK YOU TO ALL THE BIKERS FOR TRUMP!

From Twitter Annie B Divine @annieb0823 – BREAKING: Bikers for Trump riding into Wisconsin to stop Anti-Trump protests in Janesville…


And Just so you are all aware – BIKERS FOR TRUMP have united across the nation and are going to secure all future Trump rallies! THANK YOU SO VERY MUCH – EACH ONE OF YOU WHO HAVE ANSWERED THIS CALL!
So, if Bikers are on their way from an area that has or has no leaves on trees – that does not mean they are not on their way!!!!