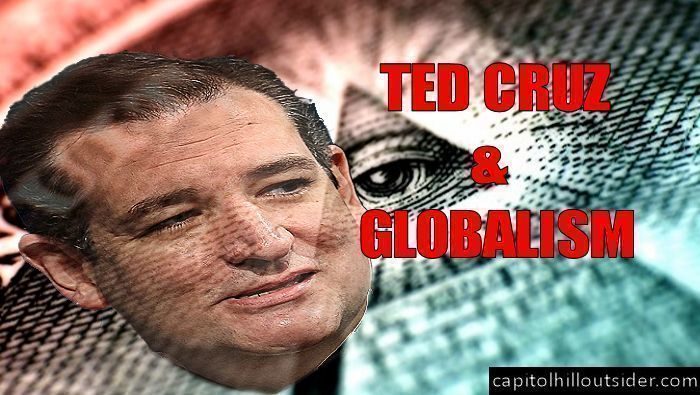 Sometimes you run across that golden nugget that validates everything one has been finding and figuring out on their own.  Especially when there is a huge wave smacking you off your surf board when you find it.  Well that nugget was found.  A researcher has succinctly connected an epic amount of research and put it into a very easy to understand article.  I encourage each one who is getting ready to vote to read the excerpts below from an article written by Kelleigh Nelson titled:
RAFAEL CRUZ DECLARES SON TED ‘THE ANOINTED ONE’

Carly KNOWS NSA data collection to a “T.” She was chairman of the CIA’s advisory board helping the NSA to develop privacy invading spy networks on American citizens after 9/11. Hewlett Packard was the private business that supplied the government with the spy hardware and software. Carly knows everything.

Cruz is Left of Center

• Republican presidential candidate, Ted Cruz, says he’s not in favor of sending agents out to round up undocumented immigrants to deport them. [Link]

• Cruz is a co-sponsor of S. 306 that categorizes home schools as private schools and allows Title 1 federal dollars to follow the students to private schools. Fed regulations follow all fed dollars. There is NO Constitutional justification for this. It’s time to take a stand against ESEA and end federal involvement in education. S. 306 does the opposite and creates a NEW entitlement and tightens the noose on home and private schooled students.

• Cruz has stated that “School Choice is the most compelling civil rights issue of the 21st century. Right Teddy, once choice is passed, all federal regulations will go with the federal tax dollars. [Link]

• Ted Cruz is pushing UN AGENDA 21 New World Order goals, This one is called the WILDLANDS PROJECT! He is coming in through a partial truth in the back of your heart – that states want their federal confiscated lands returned. He then is on your side. Then he says – states have to maintain these and if they can’t THEY CAN SELL THEM. So the land will be sold to foreign entities for minerals and logging etc. We the people lose our resources and our land. This is all part of the Wildlands Project to aggregate the land into NWO globalists hands and steal it from the people. [Link]

• Cruz also spoke out in favor of a number of policies as well as two constitutional changes: a balanced-budget amendment and the so-called Madison amendment that would give states expanded powers to propose constitutional amendments. The BBA guts our Constitution and doesn’t reduce spending, it legalizes the unconstitutional spending. Cruz is all for the American Legislative Exchange Council’s changes to our Constitution. [Link]

• Ted Cruz backed allowing Syrian refugees in the US as recently as February of 2015. Before the attacks in Paris, he wanted the United States to continue accepting them and said he thought it could be done safely. “We have to continue to be vigilant to make sure those coming are not affiliated with a terrorist, but we can do that,” Cruz said in a interview on Fox News that was on his website and was first picked up by the Huffington Post.

• What is more than interesting is the Ted Cruz fund raiser by Mary Matalin and James Carville at their home in New Orleans. [Link]

• Cruz’s “Homeschoolers for Cruz” will be co-chaired by none other than Michael Farris’s Home School Legal Defense Association. Farris has long been pushing a Constitutional Convention as well as his Parental Rights Amendment which would allow men to delineate in our Constitution, our God given parental rights, rather than leaving those rights between parents and God. [Link] Cruz will be very beholden to Dominionist Farris, especially since Farris has endorsed him. [Link]

• Senator Cruz is just another puppet of the establishment. What do you really expect from a Bush lawyer and advisor with a Goldman Sachs/Council on Foreign Relations Bush advisor wife, who just so happened to co-write the CFR’s blueprint for the North American Union? This man even argued in his own amicus brief to the Supreme Court that assault weapons bans in certain states are “reasonable regulations” for crying out loud.

• Remember, Senator Ted Cruz was so honored to “hang out” with war criminal Henry Kissinger, that he posted it on his facebook page. He said, “Honored to share a few moments with Dr. Kissinger and hear his thoughts on the challenges facing our nation.”

• Saul Anuzis: Meet Ted Cruz’s Hezbollah-Lovin’ Michigan Campaign Chief who is tight with CFR Jihad Grover Norquist–you know the guy that took money from Al-Qaeda front groups (which were raided by U.S. Customs) and got an Al-Qaeda fundraiser’s son a job in the Bush White House. Norquist is also the Director of Michael Farris’s Parentalrights.org.

The truth is often not what we want to hear, but it truly does set a person free.  No one should take a smile and a “because I am for the constitution” while they shake your hand as the only vetting required for the office of president.  Hard questions need to be asked and a close look at the entire motives behind ones actions. Kelliegh Nelson has boldly taken the curious voter into the presence of the “great and powerful Oz” and bravely torn down the curtain. So, if you feel like Dorothy, the tin man, the scarecrow and the lion….remember it took a Toto to sniff out the truth!  Now click those Ruby red slippers and remember – there’s no place like America! Let’s keep clicking and help the one who can make her great again lead us home!

Donald J. Trump is fighting for each one of us!