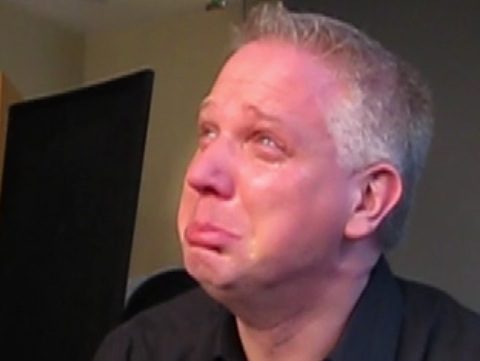 I quit watching the liar news.  I don’t want any chance to hear the whining voice of lying Cruz.
Meanwhile,  the Beck Train is out selling strong snake oil shouting that Cruz is some sort of prophetic saint.  A prophetic saint who lies, cheats and steals in order to win whatever states he is trying to win.  All at the expense of others like Carson.  What I see in this is another one sent by the ruler of the darkness of this world.  The father of lies. It makes one wonder what other Mormon’s think of having liar Cruz being anointed by Beck?  Not my problem.  But then again….when people follow those whose minds are full of self imagination….many things are believed.

Let Beck go about claiming whatever he claims. The white horse prophecy is the latest  from Glenn.  I doubt if my Lord would anoint a liar to do any of his work.  But, that is just my opinion.

Could he have foreseen the civil war?  Or could he just have foreseen evil? Or was he just rambling his own words based on the knowledge of Revelations in God’s word?  Who knows….but, one thing is certain…when we research Maroni it connects to MARON which is an incantation name used for treasure seeking, and in fact, Moroni, maroni, and Maron have been used interchangeably by Smith. Moroni, if you recall appeared after a failed treasure excursion when Joseph prayed that night seeking some sort of messenger. But the messenger he sought was supposed to help him get treasure.
It wasn’t until much later that Moroni became an Angel instead of a treasure Guardian. There are also many easily googled sites showing the history of Moroni.  An evil omen and witchcraft. Yes, Joseph was a seer who was paid to seek treasure before he became a prophet.  A craft he perfected and was sought with money to perform.  It is what it is. https://mythologian.net/mormo-mythology/
Please see other interesting cartel things that took place in Utah.  https://www.patriotsaints.com/News/911/Conspiracy/Mormons_Silence_Cheney_Dissent/index.html
Dianne Marshall