Beck Attacked Trump And It Blew Up In His Face! - The Marshall Report Skip to the content 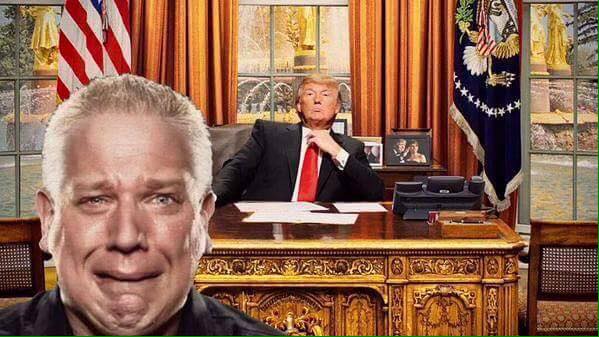 Beck has totally lost his mind along with his moral compass.  These guys at Mercury Arts Studio are truly in bed with the devil himself.  The name alone will tell you that.  Mercury the god of war is not the kind of thing a God fearing Christian crying talk host would name a studio, unless of course he was a fake.  It appears he is.  Gee he is so angry and upset right now because Trump the ratings king will not come on his show.  So, therefore we have little sniffling, cry baby Beck who admitted last year that he had lost his own mind, somehow has the authority to belittle and berate Trump and dare to call a meeting  face to face? Meanwhile Trump said – buzz off and waved his hand as though he were redirecting a pesky fly.

Oh my head hurts listening to this fake called Beck!

I say it is time to just tell the guy to give it up and go see the man in the moon he likes to talk about so much because there are few if any men here who really give a turd what the maniac who calls himself John Galt really wants to sell.  I for one do not wish to live any where close to his Utopia he calls Independence USA -(Village) or whatever his multi billion dollar housing project is! (That’s another story)

Let Beck know Trump is interested in MAKING AMERICA GREAT AGAIN and not in creating another sanctuary city.  God only knows America has it’s fill of those and now there have been 41 new ones added.  These are all democratic home bases ready to receive ISIS mercenary refugees and do their charitable acts. Charitable only if in the long run, you count ridding the planet of it’s useless eaters in the establishment’s end game, that is.

Now Beck is deciding the authoritative Biblical interpretations along with his historic ones as well.  I was appalled at his junk.  What is morally disgusting is his third cousin approach that somehow because someone is remotely related to another, that they are an expert on the relative and is just as God worthy to boot.  Well, someone best read to Glenn that Cain slew Able.  Yes he did and he was the son of Adam.  Someone ought to tell him of Joseph the younger brother of all Jacob’s sons and how they ditched him in a well?  Oh my head hurts the way Glenn skews things to try and make a story and a case for his innate ideals!  Or are they just his propaganda to redirect Christians who haven’t been reading their Bibles? Who the heck knows…but one thing is sure, Glenn is folding like a cheap chair made in Taiwan and sold at Walmart!

Read his spew if you dare.  Link below.