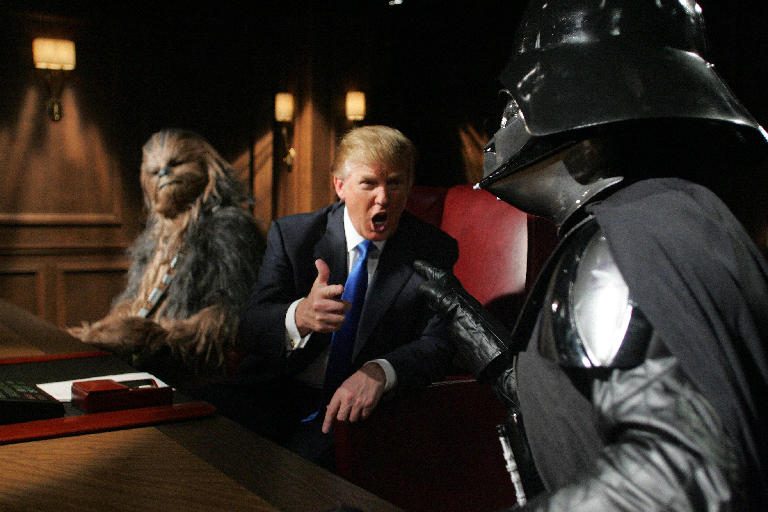 THE FORCE IS WITH TRUMP AND ALL WHO WANT TO MAKE AMERICA GREAT AGAIN!
It appears there is a Tea Party for patriots who want to make America great again, and another Tea Party who want to endorse a Goldman Sachs, Robert Zoelick candidate to usher in the North American Union.
It is what it is.  The same as there are a group of so-called conservatives who want to usher in a pastor to lead the nation into what?  I guess division?  And another group who were once called conservatives who want to make America great again. I say once called because those that don’t want to usher in the establishment’s darling are no longer called conservative.  They are called evil ones, sinners and foul four letter words on social media for supporting their candidate – who will be, without a doubt, the next president of the United States of America – Donald J. Trump.
Americans do not want North American Made, they want to see Made in America!  They are very informed of Cruz and the establishments plans to usher in a north American union.  They read the Task Force Plans and they know that Heidi and Ted are in bed with the entire lot of them and have been since the Bush campaign in 2000.  Their roots are very deep, and the puppet masters have their strings all over them.
So, the war against saving America versus handing her over to establishment goals, which are North American Union, is now being waged.
So scream and shout all the lies you desire Cruz bots, media, and establishment puppets – that just makes the Trump supporter resolve to save America that much stronger. The force is strong in us!
Dianne Marshall