ANOTHER REASON WE NEED TRUMP - CALIFORNIA JUST MADE IT LEGAL TO KILL YOURSELF! - The Marshall Report Skip to the content

HOW’S THAT FOR A SANCTUARY STATE’s PRIORITY IN LEGISLATION? WAS THIS REALLY AN IMPORTANT ISSUE FOR CALIFORNIANS?  If it was….they are in more trouble than I thought.

California now allows pre-mature suicide (whatever that is) and it’s all legal!  No, they are not talking about politics here, although political suicide has been in process for a long time now.

For those interested in parties, who may wish to get on board with this new law, you no longer have to go before an Obama Care panel to end your life.  You can do it all yourself. (Welcome to California) the first sanctuary state). I am sure that falls under the first amendment in your pursuit of happiness or some strange interpretation of your rights????

Well, if you don’t like California, there are four other states you can reside that allow you the same convenience should you say enough is enough – Oregon, Vermont, Washington, and Montana.

Yes death at your own will, even though California is against the death penalty for crimes. https://www.cnn.com/2014/07/16/justice/california-death-penalty/index.html

You have to just want to die and it’s okay?   Suicide is a major problem!  It is the tenth leading cause of death in America and sadly- teenage suicide is up.  What mixed messages are these states giving to our youth?  To anyone who is contemplating ending their life?  They are telling them if your life is too tough, if your physical pain is too much to bare, then we will assist you – for you have the right to want to end it all.  Like it or not, no matter how you defend it – that is the argument of the message being sent.  When someone is depressed – believe me all they will hear is,  “It is okay to end my life”. 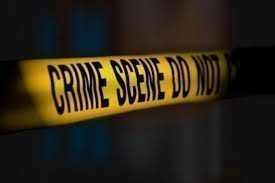 Does anyone else’s head hurt?  I’m sure Bill O’Reilly will take advantage of this and write a new book – “Killing Yourself”….or maybe he will call it – “Killing California”?

Meanwhile, this marks one more reason to vote for TRUMP – we need sane legislation and sound adult leadership! Some things like the right to commit suicide should not be up for vote!  It was never in the equation when the founding fathers wrote the constitution, nor should it be now.  Neither they, nor any who ever fought for America gave their lives so you could end yours!  Wake up America and take your nation back!