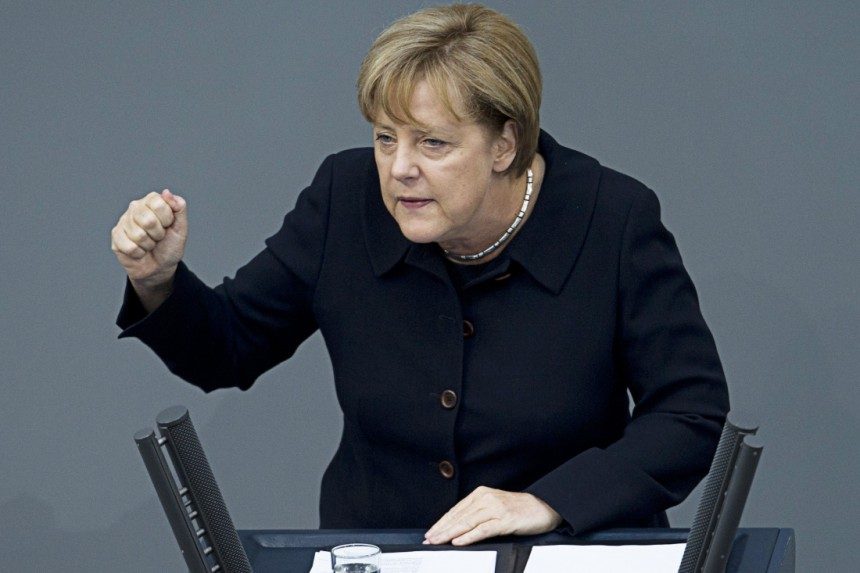 What kind of insane rhetoric is Angela Merkel speaking? Has she lost her mind? At the onset of the terrorist attack on France, Germany’s Chancellor Angela Merkel delivers the most bizarre statement to her people:

“We believe in the right of everyone to seek his fortune and live, to the respect for the other and tolerance. We know that our free life is stronger than any terrorist. Let’s give the terrorists the answer by living our values confidently. And as we affirm these values throughout Europe. Now more than ever.”

I don’t even know how to respond to that except it is obvious she has listened to Obama and the call of the New World Order as it calls to the world to bow down in the early dawn.

She might as well have said, “Come free and tolerant people and have respect for the savage beasts that want to kill you. Bare your heads nicely to save them the struggle and fight. Die confidently with your values as the terrorists affirm you as the infidel throughout all of Europe and the world.”

Meanwhile, Obama administration moved to increase and accelerate the number of Syrian refugees who might be admitted into the United States by opening new screening outposts in Iraq and Lebanon.

Oh my head hurts. But I will deal with that as long as it is still connected.