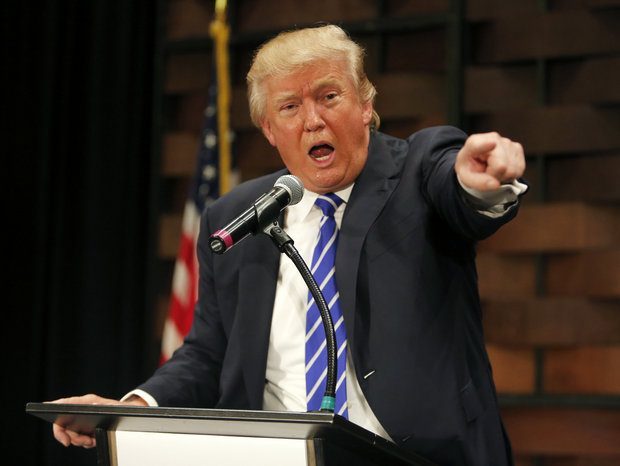 Just when smirky Cruz was in full swing using his Jedi mind trick social media spy data, provided by his campaign surveillance programs (thank you Facebook and Cambridge Analytica, NOT! ), Trump received the most coveted endorsement of all from the Queen of Conservatism herself, Sarah Palin, but that’s not all… Democrats For Trump has surfaced with their new group on Twitter. It seems millions of democrats are tired of the establishment games and double talk too.
Democrats For Trump @TrumpDemocrats
“We represent the millions of Democrats who are devoted to putting Donald Trump in the White House. #Trump is #Yuge & is going to make #America great again!”
There are now many Facebook Groups shouting ‘Democrats For Trump’ because Trump is going to make America great again. I will not say “sorry” to either Bernie nor Hillary, what I will say is “YOU ARE ALL BUSTED!” I will also not say I am sorry to Cruz and the football team of other GOP candidates, what I will say is “YOU ARE ALL BUSTED!”
There is a new thing happening around the nation- it is called Americans for America! The people are looking for an American born leader who will bring back that good old saying – “MADE IN AMERICA!” They are repulsed at the mere thought of “MADE IN NORTH AMERICA!” Americans are not looking for a north American union….they are looking for USA sovereignty! They are looking for a safe America, and a united America. They are looking for jobs, opportunity, and a government that represents their interests and not the interests of the great merchants of the earth and their globalist efforts.
Americans want their borders secured, they do not want Syrian refugees and the chaos that they are watching take place in Europe! Americans are tired of the globalist United Nations mandates and want no part of their one world order.
Americans are tired of their veterans being treated worse than illegal immigrants! They are mad as hell and not going to allow it anymore! Americans are against Common Core and the dumbing down of their kids. They are appalled at the sex education taught to their minors. Americans are not ever going to give up their guns and their right to bear arms against a tyrannical government, so stop trying! Americans are sick and tired of watching their military be humiliated by an incompetent, anti-American Commander in Chief. Americans are no longer willing to sit by and watch the national debt clock and global banking schemes force America into a third world poverty level. Americans know all about GMO’s and Chemtrails and are sick and tired of watching the weather be manipulated by high tech toys in the hands of evil maniacs.
Americans are no longer willing to allow big pharma to put poisons into their own and their children’s bodies, especially vaccines that have terrible side effects!
America is angry at the politically correct propaganda and a lying government controlled news media!   We know the drill and it is now a total fail because true Americans are awake and they aren’t going back to sleep!
So, get over it establishment puppet masters and puppets – we know who you are and we are voting for a leader to help us triumph over your tyrannical driven regime. That bold, courageous leader is TRUMP!
Trump does not stand alone, to get to him you have to go through all of us – all of the AMERICANS that stand by AMERICA AND THEIR NEW COMMANDER IN CHIEF, DONALD JOHN TRUMP
Dianne Marshall