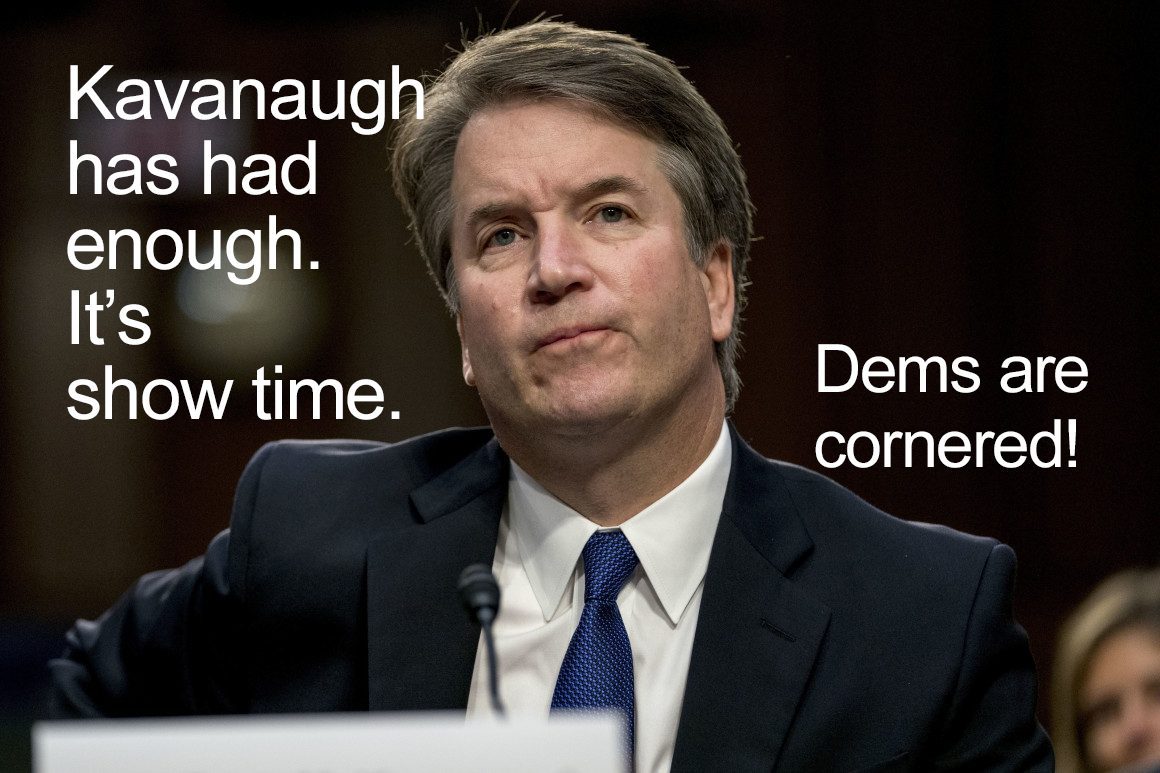 Democrats knew they had nothing on the honorable Judge Kavanaugh so they devised a plot to take him down in July. Truth is, they have been planning their strategies for a lot longer than July, but for the record we know for certain THEY PLOTTED IN JULY. Click to read full report.  Ricki Seidman – a Democratic operative, former Clinton White House official and current advisor to Dr. Christine Blasey Ford – laid out a strategy to defeat the nomination of Judge Brett Kavanaugh in July.  Listen to the video below.

To the dems this is all out war.  To most Americans, this is a nomination process and they decide how they feel about it based on main stream media reporting, who spread misinformation and lies based on garbage spewed out by the dems.  Main stream media is the “Thor’s Hammer” for the left.

Rewind to the nineties and act like you are watching todays’ news for the first time. Jaws would be dropping to the floor!  There would be such an outcry of contempt for the despicable display of treasonous acts coming from elected officials.  Maxine Waters would be hauled off and tried for treason, along with Feinstein and her round table of radicals. 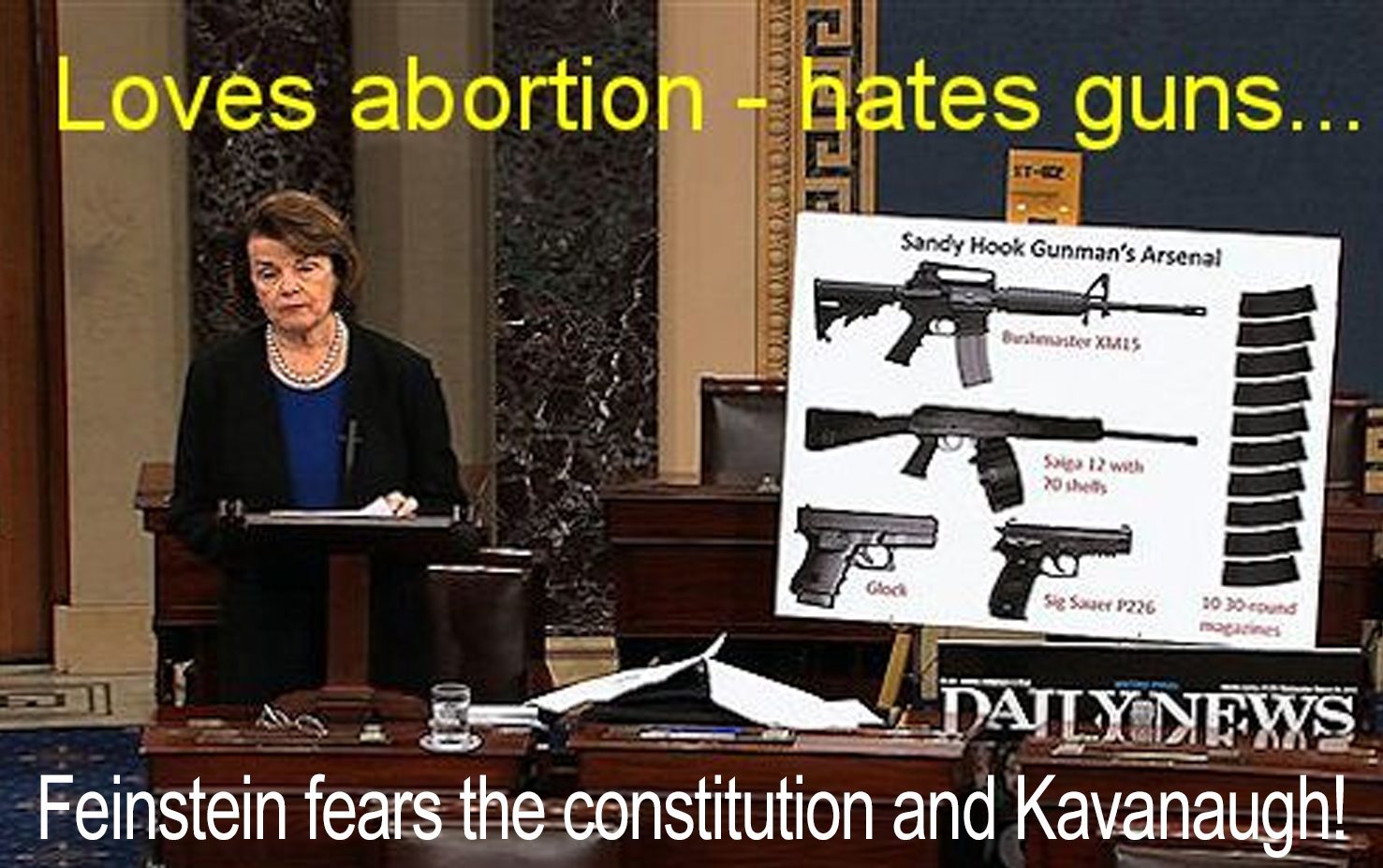 The blatant lawlessness would stand out like an open oozing sore and not be viewed as normal behavior to be yawned at, as they continue to get away with down right treasonous acts boldly shouted from the congressional floors!

Bold speeches calling for the death of a seated president would swiftly be met with arrests and removal from office.  Calculated strikes riddled with lies would be met with ethics violations and firing of news casters.   But, in 2018 we have gone way below the bar into the swamp muck and mire of cyanobacteria, sulfuric acid, dioxin, and radioactive hazardous waste we call politics.

Today, we have an open forum of radicals hell bent on committing their tyranny and ready to kill, steal, and destroy by any means they can get away with. Openly sponsored by the likes of Soros and industry great merchants who own everything.

The same ones who are telling you to save the planet are the same ones destroying it!  They are the same ones funding the street fighters, the anti-American protesters, the green projects, the toxic hazardous waste industries, the GMO foods, the Chem Trails, Vaccines, taking your water from world aquifers for pennies and selling it back for billions!  Yes, your state water supplies are being given to the likes of Nestle and Pepsi for nothing and you are buying it back giving them billions of dollars of profit! In fact the number one selling beverage for Pepsi Cola is WATER!  Nestle’s CEO has stated water is not a right and each one should pay for every drop!  Meanwhile, Nestle takes it from all of you, industries pollute it, and municipalities make you conserve it!

The same ones shaming you for using straws and drinking the plastic bottled water they stole from your state aquifers are the same ones funding lobbyists to pressure elected officials to pass laws restricting YOUR WATER USE AND RIGHTS, and WHAT YOU WILL AND WILL NOT USE, EAT, BREATHE, SAY, DO, AND BE!

If true Americans stand by and do nothing but watch this public, political horror show, then you will eventually die with the blind who truly do the evil bidding for lack of knowledge.  Pull yourself away and expose the corruption.  Think about what is taking place, look around and see why it is so.  Right now we are in a war that is taking place whether we want to participate in it or not.  It is a war to destroy America from within and to enslave the population.

The writing is on the wall.  It is all very real.  The time to take a stand is now while we still have a constitution and people in high places who want to do the right thing.  If you think you will be able to live and let live, think again. That is the core of this battle! The enemy of freedom is fighting to take that away!  Depopulation is on their agenda.  They don’t care about you so you had better start caring!  The clock is ticking. Take a stand for what is law and order and decent while you still can make a difference.

The Kavanaugh hearing has been an eye opening display of evil lawlessness performed by lawless people like Feinstein who has made billions as a corrupt politician by passing government side deals to her husband. 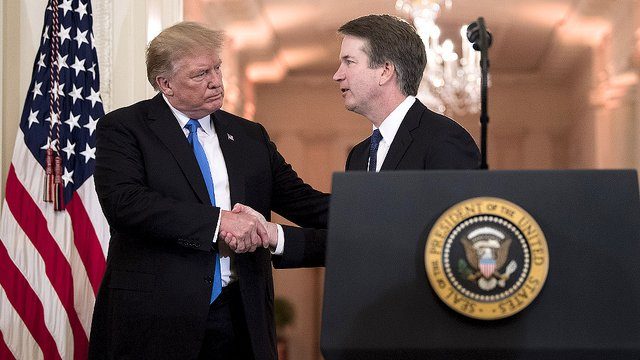 Every one of the snakes who are slithering in the Kavanaugh hearing process for the Supreme Court nominee have MOUNTAINS OF CORRUPTION UNDER THEIR BELLYS!  If they want to stall that gives the people more time to uncover their dirty deeds.  Start uncovering it all!  Don’t stop uncovering it.  They are full of dirty deals.  It is time to bring their dirt out of the money laundry room and into the courts!

Go forth and expose!  Place suits, ethics charges and treason charges where they apply.  Expose it now and demand it be prosecuted!