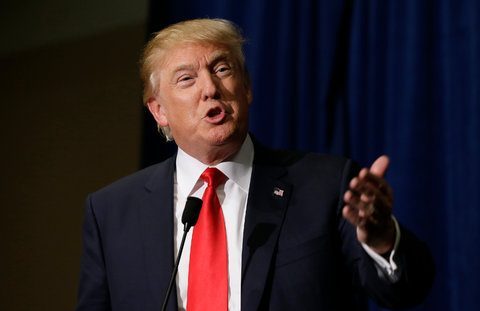 Trump spoke common sense and won hands down again tonight.  The biggest applause of the night was given to Trump in the beginning when he spoke of not allowing Obama to appoint a new Supreme Court Justice saying to “delay, delay, delay!”
The media is busy now working for the establishment donor money trying to spin things as usual. What I heard tonight was good common sense from Trump. He answered boldly to obvious truths that we all know.  Trump called out the liar (Cruz) for his lies.  Cruz attacked, as expected, trying to put words in Trump’s mouth which Trump would not allow and interrupted correcting the blasphemous rhetoric remarking that now he knows why this guy Cruz does not have one endorsement from any of his fellow senators.
Trump worked overtime to stop Cruz lies, as it is obvious now that anything not defended is subject to the truth no matter how big of a lie it is.
Kasich was busy trying to make his record look good, in spite of the fact he has said recently in New Hampshire, that those who don’t want cuts in their social security need to just get over it and expect to take the cuts. Kasich is trying hard to look like an all American candidate, yet his record from those living in Ohio is another story.  Most liken Kasich to a new world order mandated governorship reigning over Ohio.
The writing was on the wall for Rubio that it was obvious he was still on the bottle when some of the questions raised involved his opinion.  (Not talking alcohol here…talking milk.) Rubio is not well seasoned and when he did not have his 25 second speeches memorized he was once again proven to not know how to hold a serious 10 second quip on the issue.
Jeb relied on his mom endorsing him so now all of America should get out and vote for him for that great reason and Trump quipped, “She should be running.” of which every one ran past that one real fast. Why?  I think that would have been an exciting topic.
So when that didn’t work Jeb reminded the audience that his dad was the biggest guy in his mind…expecting all to not remember George Senior’s words of, “It is a big idea, a new world order….”

Carson needed to be reminded that the only one on the stage that had come to his defense in Iowa was Trump, but he seemed to ignore that and just go for it on his own trying to be the guy America needs.  Which fell flat.  Thanking moderators for asking him a second question is just seeming to fail and not adding to any strong points at all. It on the other hand adds to his own quandary that he is not considered important.  Yet, Carson continues to do that to himself. Why?
Kasich is just a shill stand in for the other donor candidates that may lose, although he is hopeful that all the backers are sincere and seems to believe he is now the chosen one.
So, there it is people…who is in the drivers seat to lead America?  A Canadian whose campaign is based on lies and trashing others in the name of God, a Cuban anchor baby, another child of the Bush NWO goals, a Kasich who has Ohio up in arms pushing establishment goals, a Dr. who needs someone else to defend him, or DONALD JOHN TRUMP WHO WANTS AND HAS ALWAYS STATED THAT HIS PLATFORM IS TO MAKE AMERICA GREAT AGAIN?
My vote is for Donald John Trump….for as an American, my march, my voice, my vote is in making America what it was and is and stands for.  It is easy for me, for you see…I am an American.
https://www.presidency.ucsb.edu/ws?pid=19253
Dianne Marshall
I